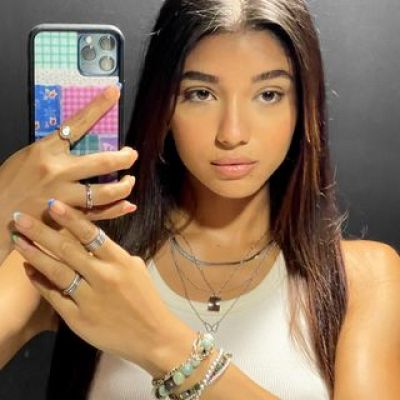 Who is Yovanna Ventura? On November 24, 1995, Yovanna Ventura was born into this world. Yovanna Karen Ventura is her full name. She was born and raised in Miami, Florida, United States of America. She is currently 25 years old and was born under the sign of Sagittarius. She also went to Miami Senior High School. She graduated from this high school in June 2014.

She was also reared by her mother and stepfather, Humberto. She expresses her gratitude to her mother for her unwavering support in pursuing her modeling profession. She is bilingual (Spanish and English) due to her Spanish ancestry. She has a dog named Tatum, which she adores. She has an Instagram account for her dog as well.

Yovanna adores animals in general and is frequently involved in animal rights activism, rescuing and assisting animals. She has worked to protect large cats with the Black Jaguar White Tiger Foundation. She has also volunteered at animal adoption organizations in Miami, such as Urgent Dogs of Miami and Miami-Dade Animal Service. Aside from fitness shots, her Instagram profile frequently features images of her with tiger or lion cubs, as well as adult animals.

Yovanna is a fitness model who has been using her Instagram account to show off her toned physique to her fans. She shares photos and videos of herself working out in various locations and situations. On Instagram, she also shares her fitness regimen and nutrition chart with her followers. Yovanna has a fantastic shape and is very proud of her body as a model who is passionate about exercise.

Yovanna shares her training photographs and videos on Instagram on a regular basis. She also tells her followers about her workout routines. Despite being a prominent model and social media presence, she is best known for being Justin Bieber’s purported ex-girlfriend.

Yovanna Ventura, who has over a million Instagram followers, has been active on the platform long before she became the buzz of the town for allegedly dating Justin Bieber. However, it is possible that she rose to fame as a result of her relationship with the pop artist. She currently has over 5.3 million Instagram followers who check out her fitness and modeling photos on a regular basis.

The majority of her fans look up to her as an example of how to stay fit. She also engages with her followers on a daily basis. While in Los Angeles, she chose three of her Instagram fans at random and treated them to lunch on a Sunday.

She was cast in the music video for Romeo Santos, Daddy Yankee, and Nicky Jam’s song Bella y Sensual. She had an appearance in the music video for Maluma’s song Hawái in 2020. Furthermore, when it comes to her acting profession, she has been in a few films. In 2017, she portrayed Carissa Rosario in The New Edition Story, a biographical three-part miniseries about the R&B group New Edition.

Ventura first made headlines when she was spotted on Venice Beach, California, with music sensation Justin Bieber. They’ve been seen together for a long time and have also been seen together elsewhere. They are merely good friends, according to Bieber.

Both of them, on the other hand, are quite comfortable uploading images of them together, or images of each other, on Instagram, with remarks that may be construed as signs of a closer relationship. They even tweeted a photo of themselves together after supper, with Bieber captioned it “Dinner for 2.”

Bieber was also widely expected to attend Yovanna’s prom at Miami Senior High School, despite the fact that he did not. Bieber, who had an on-again, off-again romance with pop diva Selena Gomez for a long time, was seen with a number of young females during their “off” times.

Yovanna might very well be on that list, despite the fact that their relationship was never officially verified. Later, though, they were both seen spending time with separate partners.

Who is Yovanna Ventura’s Boyfriend? She began dating Justin Bieber, a well-known Canadian singer, in May 2014. The Weeknd and Yovanna went on a date in Beverly Hills, California on November 10, 2017. She also apparently began dating Swae Lee, a rapper, musician, and songwriter, in October 2018 and dated him for a few months until April 2019. She is single and not dating anyone as of November 2020.

Yovanna Ventura’s Income And Net Worth

How much is Yovanna Ventura’s Income? This gifted and amazing individual undoubtedly earns a substantial sum of money from her employment. She has a net worth of roughly $3 million as of November 2020.