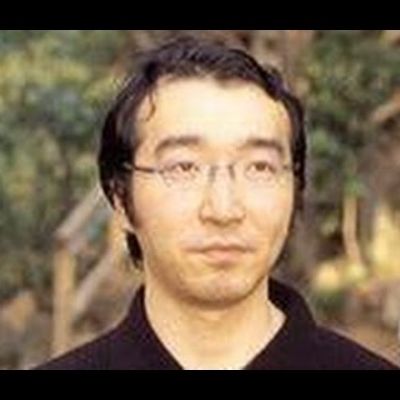 Yoshihiro Togashi is a manga artist based in Japan who is well-known throughout the country. He is well-known for his works such as Hunter X Hunter and Yu Yu Hakusho.

Yoshihiro Togashi was born on April 27, 1966, in Shinjo, a tiny town in Yamagata Prefecture. He is the younger brother of his two siblings, an elder sister and a younger brother. His parents ran a paper shop, which is still in business now.

His manga artwork, for which he is now famous, began in elementary school. A manga is a type of graphic novel or comic book published in a Japanese manner. No one could have predicted that it would become his profession at the time, as he was doing it informally.

His interest in art continued in high school when he joined the fine arts group. After high school, he enrolled at Yamagata University to pursue a career as a teacher.

His potential began to be recognized at university, which constituted a watershed moment in his life. Shueisha, a publishing house, recognized his extraordinary skill at this time. The company’s editor then phoned him and urged him to relocate to Tokyo, Japan. His career began to take off about this period.

Yoshihiro’s career took off when he wrote the manga ‘Jura no Mizuki’ at the age of 20. In the same year, his second manga, ‘Buttobi Straight,’ won the Tezuka Award, Japan’s most prestigious award for emerging comic artists. As a result, during the next few years, he began authoring series that exacerbated his ailments.

He published one of the most popular series, Yu Yu Hakusho, in 1990. Yusuke Urameshi, the protagonist of this series, is a teen who is more interested in fighting than in school. Later, he is killed while attempting to save a child, but the child survives. The 175-chapter series has been translated into English.

In 1998, he produced another successful series, HunterX Hunter. This series follows Gon Freecss, a young kid who wishes to follow in his father’s footsteps and become a Hunter while also searching for his father. He also wrote Akuten Wars, a book with two chapters that Hachi Mizuno illustrated.

Yohishiro has had an exciting and gratifying career, and as a result, he has accomplished a great deal in manga artistry, earning some accolades.

The first was in 1986 when the comic ‘Jura No Mizuki’ got him an honourable mention in Shueisha’s first annual Hop Step Award Selection magazine, released in 1988.

That achievement was followed by the release of ‘Buttobi Straight,’ which garnered him the Tezuka award in the same year, which was quite an accomplishment.

He received a Shogakukan Manga Award in 1994 for his series Yu Yu Hakusho, which sold over 50 million copies worldwide. That was amazing.

His Hunter X Hunter series was very popular, selling more than 55 million copies by 2011, which was quite an accomplishment.

Yoshihiro first met award-winning manga artist Naoko Takeuchi at a gathering held by Kazushi Hagiwara, where they were acquainted. This happened in August 1997, two years before their wedding. As with most manga creators, it is assumed that a portion of their fascinating connection was hidden.

They later revealed that they were together at a comics convention in Tokyo. They also released a self-published comic book that they collaborated on. As a result, marriage was also made public. Yoshihiro ultimately married the lovely Naoko Takeuchi on January 6, 1999. The couple has two kids.

It is worth noting that when working on the manga series Yu Yu Hakusho, he endured chest aches and irregular sleeping patterns as a result of extreme stress.

Yoshihiro Togashi’s Salary and Net Worth

Yoshihiro has made a lot of money from the manga sales. Unfortunately, his net wealth is not disclosed to the public, as is usual with most manga creators. However, we do know that a manga artist receives 10% of the proceeds from each manga sold. He has sold tens of millions of mangas.

As a result of the popularity of his mangas and subsequent sales, he is projected to have a net worth of around $35 million as of June 2022.

Despite numerous criticisms of his manga-creation method, Yoshihiro has remained steadfast, and his work has remained among the most popular. He also did not allow stress to prevent him from progressing with his work, which greatly motivates people. It is worth noting that his entire career is linked to his affection for his heritage, as mangas are of Japanese origin.