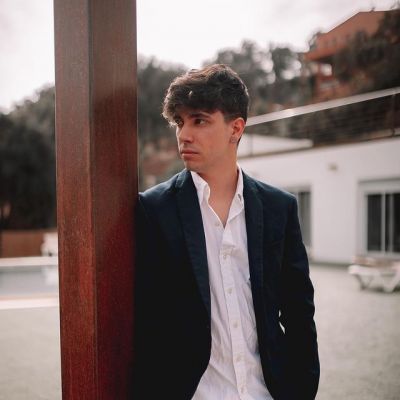 Widler is a Prankster and Youtuber from Spain who is known for his social experiment videos and pranks. Via his videos, Widler has amassed a sizable fan base. The Spaniard has been one of the country’s most well-known social media influencers.

Widler was born in 1992 in the beautiful city of Barcelona, Spain. Every year on October 25th, the popular prankster celebrates his birthday. His zodiac sign is Scorpio, and he is 28 years old. Jonatan Penco is his real name, but he goes by the handle ‘Widler’ on social media.

Felipe Penco Munoz and Sonia Casas were his parents. When it comes to his siblings, he has four half-brothers. He was born and raised in the city of Barcelona, where he continues to reside. Widler was an enthusiastic child who was always excited to try new stuff.

The well-known YouTuber has not disclosed his educational history, but based on his popularity, it is fair to assume that he is well-educated.

Widler began using YouTube on December 12, 2014, and has made a living from it since then. He has a YouTube channel called “WIDLER SOLDIER,” which has amassed 2.53 million viewers and is one of Spain’s most-watched/popular YouTube channels. Prank videos, Vlogs, Social experiment videos, and reaction videos are among the videos posted by the Youtuber.

His videos are hilarious and give public experiment pranks a whole new sense. The videos of the YouTuber have been viewed 318,906,150 times. He has also posted a total of 345 videos up to this stage. On his YouTube channel, the prankster uploads videos four days a week, with each video receiving at least 300,000 views.

‘ME COMO LA MIERDA!! (BROMA CON CAMARA OCULTA)’ was the YouTubers first video, which was posted on October 5, 2015. The video has received over 150 thousand views. When his bathroom prank videos went viral, the Youtuber became popular. His most famous video is a joke called “Jabón confuso | Broma en el bao (LLAMA A SU NOVIO!)” with over 10 million views.

He’s also known for playing practical jokes on his girlfriend and colleagues. Their sincere reactions add to the enjoyment of his videos.

Widler received Silver and Gold Play buttons for reaching 100k and 1 million subscribers, respectively. He has one of Spain’s fastest-growing Youtube channels.

The net worth of the Youtuber is unknown. It is, however, believed to be worth $1 million. His videos bring in about $300,000 a year. He also collects money from advertisers on Instagram and lives a luxurious lifestyle.

The Spanish YouTuber has yet to walk down the aisle with a date, but he is reportedly dating Angela Marmol, a Spanish model. They’ve been dating for 7 months since meeting in 2021. He dated social media star Neus Snow before breaking up with her in the year 2020.

The Prankster has been entangled in the muck of his public pranks, but he has avoided some kind of controversy in both his personal and professional life. On the internet, he portrays himself in a positive light.

Many girls in pain have a crush on the handsome YouTuber. His exact height and weight are unknown, but he is of medium height, according to our sources. He has dark hair and a white complexion. Similarly, he has lovely brown eyes. The medium-built Youtuber is a hit with the ladies.

The well-known YouTuber is influential on social media. In all social media sites, he goes by the handle ‘Widl3r.’ He has 831k Instagram followers and 2.35 YouTube subscribers.