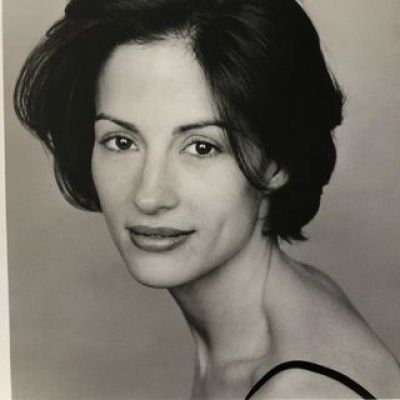 Wendy Moniz Grillo is an American actress who has worked in the film industry since 1995. She is a well-known soap opera actress who made her acting debut in the role of Dinah Marler in ‘Guiding Light.’ She has also been cast in television shows and films. She is currently affiliated with ‘Yellowstone,’ where she portrays Governor Lynelle Perry on a regular basis.

Who is Wendy Moniz? Wendy Moniz was born in Kansas City, Missouri, in the United States on January 19, 1969. Her father, Bob Moniz, and mother, Billie Moniz, are her parents. She grew up in the same house as her sister. She is 51 years old and belongs to the Capricorn zodiac sign. Wendy Moniz is of American nationality, and she is of white ethnicity. B.M.C Durfee High School was Wendy Moniz’s alma mater. She went on to Siena College to finish her schooling and earn a BA in English and Theatre.

What is Wendy Moniz’s Height? She is 5 feet and 6 inches (1.67m/167cm) tall and weighs 54 kilograms (119lbs). Her body form is small, with measurements of 33-24-33 inches. Her dark brown hair complements her brown eyes, giving her a stunning appearance.

Wendy Moniz made her acting debut as Dinah Marler in the 1995 soap opera “Guiding Light.” This series is also the longest-running drama series in American television history, according to Guinness World Records. This series lasted until 2009, but Wendy was only a part of it until 1999. In the same year, she played Janine in the television movie “Tuesdays with Morrie.” The following year, she starred alongside Elizabeth Perkins and Justin Louis in the film “Battery Park” as Maria.

In addition, she starred as Ingrid Weismann in the supernatural drama series “666 Park Avenue” in 2012. She starred in shows like ‘Betrayal,’ ‘The Grief of Others,’ and ‘Daredevil’ over the next few years. Similarly, she has appeared in recurring roles in series such as ‘House of Cards,’ ‘Kingdom,’ ‘Pure Genius,’ and ‘Wheelman’ since 2016. She most recently starred as Governor Lynelle Perry in the drama series ‘Yellowstone,’ which has been airing since 2018.

Wendy Moniz was nominated for two Soap Opera Digest Awards for her role in “The Guiding Light” in 1997 and 1998.

Who is Wendy Moniz’s Boyfriend? Wendy Moniz has been married twice. She married David Brisner in 1991, but the couple divorced five years later in 1996. On October 28, 2000, she married Frank Anthony Grillo. Liam Kiki Grillo and Rio Joseph Grillo are the names of the couple’s two sons. Unfortunately, they divorced on February 21, 2020, after 19 years of marriage.

Wendy Moniz’s Income And Net Worth

How much does Wendy Moniz worth? Wendy Moniz is a well-known soap opera actress who has amassed a prestigious reputation, wealth, and riches. Her net worth is reportedly $5 million.