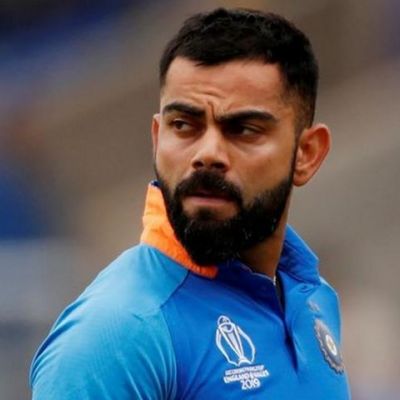 Virat Kohli, the captain of the Indian national cricket team, is widely regarded as one of the best batsmen in the world.

Virat was born in Delhi on November 5, 1988. His father was a criminal defense attorney, and his mother was a housewife. He first expressed an interest in cricket when he was three years old. Vishal Bharti Public School was where he finished his education. Virat joined a cricket academy when he was nine years old to become a professional cricketer.

Virat’s father died in 2006, and his family went through a difficult time because the business was struggling. Virat’s father was his staunchest supporter in all of his endeavors. Virat recently married Bollywood actress Anushka Sharma in a private ceremony in Italy. He is also India’s most valuable celebrity brand.

He began playing for the Delhi Under-15 team in 2002 and was named captain the following year. The following year, he joined the Delhi-Under-17 team, where he was the series’ leading scorer. He traveled to England with India’s Under-19 team in 2006. At the age of 18, he made his first-class debut for Delhi. Even on his father’s funeral day, he played for his team. Under his captaincy, the Indian U-19 team won the ICC World Cup in Malaysia in 2008.

Virat Kohli’s Income And Net Worth

Virat Kohli’s net worth is more than $75 million. He is in the prime of his career and is breaking records set by cricket legends. Aside from being one of the highest-paid cricketers in the world, the majority of his earnings come from endorsement deals.

Virat Kohli and Anushka Sharma have set a new standard for marriage. It was pure, lovely, and full of smiles. Despite being in the spotlight, Virat has had some rumored relationships with other well-known faces in the past. Let’s take a look at some of the people who were rumored to be in love.