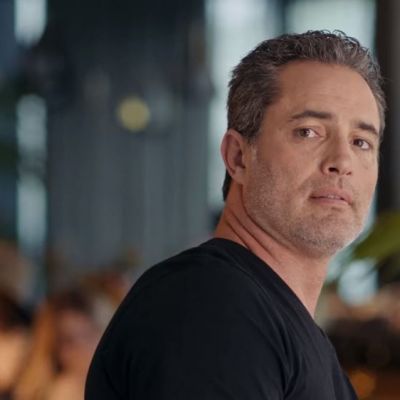 Victor is one of the performers whose hard work and dedication have resulted in a significant breakthrough in his career.

Victor Webster, whose full name is Victor Howard Webster, was born on February 7, 1973, in Calgary, Alberta, Canada. He is of Canadian descent and of white ancestry. He was born to parents John Webster, his father, and Roswitha Webster, his mother.

His mother used to be a stylist, and his father, John, was a police officer, and he hasn’t revealed any other information about his siblings since he values privacy.

During his childhood, he was a very stubborn child who was kicked out of school several times, and his parents were troubled by his character and were forced to take him to martial arts school, where he discovered his ability in kickboxing and later became a heavyweight black belt before later claiming an undefeated record as a fierce kickboxer, and his wonderful performance led to him becoming a teacher in the School.

Victor is one of the hardworking boys, and his hard work and determination have enabled him to achieve what he has in his profession. He had previously worked as a stockbroker in import-export. He was also featured in Cosmopolitan magazine as All Abot Men.

However, he began acting in the late 1990s. Apart from that, he rose to prominence due to his role as Nicholas Alamain in the NBC daytime serial opera, Days of Our Lives, which aired from 199 to 2000 and captured the hearts of many viewers.

He’s also appeared in the science fiction action series Mutant in 2001, Love blooms, Home for Christmas Day, Summer Villa, and a Harvest Weeding. Aside from that, he portrayed Kate’s boyfriend Josh Davidson on the Castle in 2011. In addition, he worked on the remake of the film Embrace of the Empire.

Victor is not married yet and has never been married, but he is currently in a romantic relationship with an American actress Shantel vanSanteen. They became friends and close to each other during their collaboration in the film Love Blossoms in 2017, and the couple began dating in 2018. Their relationship became public after they appeared together in Mexico in June 2018, and despite the fact that they are deeply in love with each other, they have not yet disclosed any information about their marriage.

He has dated several attractive women in the past, but they did not work out. Victor dated Norwegian model Monica Hansen in 1998, but their relationship lasted barely four months before it ended for unexplained reasons, and he afterwards dated Canadian model Crista Allen. He was also romantically involved with Katrina Darell. Victor has been linked to several women, including an American model named Katie Cleary and a Canadian actress named Serinda Swan. Despite this, Victor remains single.

He is one of the persons who is rapidly rising to popularity, yet he has yet to win an award. He certainly has. Despite the fact that he has not received an award, he has revolutionized his life through his job and is doing so very effectively.

Victor Webster’s Salary and Net Worth

Victor Webster’s net worth is predicted to be around $4 million as of June 2022. The well-known Canadian actor has spent most of his time and money in the film industry. His acting career is his primary source of income. He hasn’t disclosed much information about his pay.

Victor is one of the many brilliant people who have demonstrated their abilities via hard effort and dedication to their careers. He has also been a top actor who has made a significant impression in the industry.