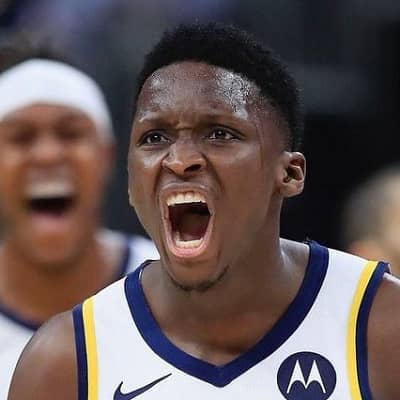 In addition to attractive Victor Oladipo is a well-known American professional basketball player. He is most known for being a member of the Oklahoma City Thunder of the National Basketball Association (NBA), where he wears the number 5 jersey.

His mother was a nurse, while his father was an executive in the health care industry. Kristine, Kendra, and Victoria, his twin sister, are his three sisters. Kendra went deaf when he was in second grade. After graduating from DeMatha Catholic High School in Hyattsville, Maryland, he went to Indiana University.

Victor Oladipo had few options after graduating from high school. Notre Dame, Maryland, and Xavier were among the schools that were actively recruiting him. He originally chose Indiana University because of its location, which was ideal for him. While still studying sports communication broadcasting, he joined Indiana University’s college team, the Indiana Hoosiers. From 2010 to 2011, he appeared in 32 games for the Indiana Hoosiers, starting five of them.

In 18.0 minutes a game, he averaged 7.4 points, 3.7 rebounds, and 1.06 steals, demonstrating his potential. After his junior season with the Indiana Hoosiers, Oladipo established himself as one of the greatest players in the country. In addition, in 2012–13, he led his club to the Big Ten championship. He played in 36 games for the Hoosiers in his final season, averaging 13.6 points per game.

Victor Oladipo has been playing professional basketball since 2013 and will continue to do so in the future. After being picked by the Orlando Magic in the 2013 NBA draft, he began his professional basketball career. On July 8, he signed a rookie contract with the Magic. He got his first career triple-double against the Philadelphia 76ers in the 2013-14 season, with 26 points, 10 rebounds, and 10 assists.

In the Slam Dunk Contest, he came in second place. On June 23, 2016, he was traded to the Oklahoma City Thunder and scored 10 points in his first game against the Philadelphia 76ers. Victor had missed a number of games due to his injuries. Since 2016, he has been a member of the Thunder team. The Thunder traded Oladipo and Domantas Sabonis to the Indiana Pacers for Paul George the following season, despite signing him to a hefty and expensive contract. He made his Pacers debut on October 18, 2017, and he did not disappoint.

In his team’s 140–131 win over the Brooklyn Nets, Oladipo had 22 points, five rebounds, four steals, and four assists. He led his club to the playoffs, averaging 22.7 points per game over the course of seven games. Despite the fact that the Pacers did not win the championship that year, Oladipo received numerous awards for his exceptional play during the season.

On January 16, 2021, Oladipo traded him to the Houston Rockets as part of a four-team transaction that sent James Harden to the Brooklyn Nets. He made his debut two days later, scoring 32 points and dishing out 9 assists in a 125-120 loss to the Chicago Bulls. He only played 20 games for the Rockets, averaging 21 points, 5 rebounds, and 5 assists in that time. On March 25, 2021, Victor was dealt to the Miami Heat in return for Avery Bradley, Kelly Olynyk, and a 2022 draft pick swap by Oladipo. He made his NBA debut on April 1, scoring 6 points, 3 rebounds, and 5 assists in 23 minutes against the Golden State Warriors.

Victor Oladipo was named the NBA’s Most Improved Player and led the league in steals. Victor was also a member of the NBA All-Star Team, All-NBA Third Team, and NBA All-Defensive First Team.

Victor Oladipo’s net worth is estimated to be over $40 million, which he earned during his basketball career.

Victor Oladipo’s personal life indicates that he is possibly single. There is no information about his romantic relationships. His private life is less well-known than his work life. He has kept his private life hidden from the public eye. There is no concrete proof linking him to his marriage and children. His personal life is still a topic of discussion and concern among the general public because he is a celebrity. His supporters are still curious about him despite the dearth of information about him.

Victor reportedly completed the trade with Oklahoma City, according to rumors. Victor sparked outrage when he refused to stand for the national anthem. Oladipo is rumored to be dating actress and model Bria Myles, according to web news and celebrity magazine ‘Bossip,’ but neither side has confirmed this as of yet.

Victor is 6 feet 4 inches tall and 95 kilos heavy. Victor’s hair and eyes are also both black. There is no additional information on Victor’s body measurements.