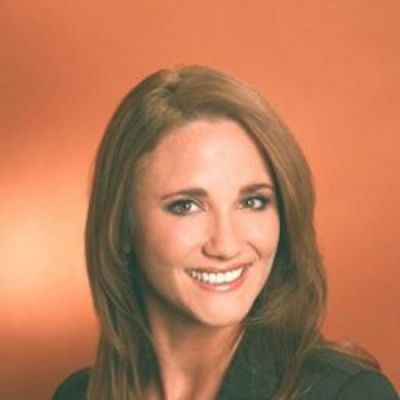 a multi-talented individual Verena is a native of the United States of America. According to her photographs, King is in her 30s or 40s. She is a citizen of the United States. On February 1, 2016, Verena uploaded a photo of her father with the caption, “18 years ago, I lost my favorite person on the globe.” He will always have a special place in my heart. ”I adore you, Dad.”

King is originally from sunny California’s San Fernando Valley and migrated to Las Vegas, Nevada in 1995. She started her media career in radio while studying law at UNLV (the University of Nevada), and she worked for Clear Channel Radio for over 7 years. After working in-house and for agencies, King founded her own public relations firm and expanded it to Los Angeles.

King was always interested in dance, so she began doing modern and ballet dancing at the age of six. Verena was nineteen when she sustained a back injury and had to give up her dance career. Her injury was a watershed moment in her life. The famous wife then began her professional career as a sales assistant at KSNE-FM, where she worked for five years before being appointed to Director of Marketing and Promotions at KSNE-FM. Furthermore, in 2015, she established her own media publicity company, King Social, LLC. The company specializes on small business and corporate communications.

For more than 14 years, King has worked in media and public relations, promoting high-profile artists and performers on a local and national level. She specializes in developing strategic campaigns and successfully gaining local and national media attention for emerging talent. In terms of online marketing, King has a great ability for engaging relevant people through social media networks through the use of a corporate social media management philosophy of listening, recognizing, analyzing, and relationship building. King has collaborated with Peter Max, Dita Von Teese, Robert Davi, Frederic Lumiere, and Rick Faugno, among others.

More on his husband’s profession

Bruce Boxleitner, King’s husband, is an American actor noted for his roles in Westerns, thrillers, and science-fiction films. Bruce’s acting career began in 1973, when he played ‘Rick Welsh,’ a ‘University of Minnesota’ track star, in an episode of the ‘CBS’ comedy ‘The Mary Tyler Moore Show.’ He next played ‘Bobby Joe’ in the 1975 picture ‘Sixpack Annie,’ his first film performance. Bruce’s first regular TV role was as ‘Luke Macahan’ in the ‘ABC’ Western ‘How the West Was Won’ (25 episodes, 1976–1979).

However, one of his most well-known roles was that of comedic relief and sidekick ‘Billy Montana’ in the ‘Kenny Rogers as the Gambler’ trilogy. Bruce has appeared as a cop or sheriff in a number of films and television shows. Bruce got the ‘Wrangler Award’ twice and was inducted into the ‘Hall of Great Western Performers’ after being mentored by the late actor and long-time friend Beverly Garland. He has appeared in two major franchise films, ‘Tron: Legacy’ and ‘Babylon 5.’ Bruce’s love of science fiction and Westerns was translated into his two novels, which were released in 1999 and 2001, respectively.

Verena King is the founder and president of King Social, LLC, as well as Verena King PR. Every year, she earns a lot of money. Every year, King earns a sizable sum from her media promotion. Verena’s net worth is estimated to be approximately $1 million. According to some reports, the typical income of an American publicist ranges between $52 and $102 thousand. When it comes to her husband, Bruce, he has a net worth of $3 million. His main source of income is his acting career.

The prominent publicist first met Bruce Boxleitner in January 2013. They fell in love and started dating soon after meeting. Three years into their relationship, the couple decided to take it to the next level. The couple then got engaged in February 2016. Months after their engagement, the couple ultimately exchanged wedding vows on October 5, 2016. The wedding ceremony was held quietly among their closest family and friends on the island of Oahu, Hawaii.

Despite the fact that Bruce is Verena’s first husband, she is not Boxleitner’s first partner. He was married to Kathryn Holcomb from 1977 to 1987, with whom he has two daughters, Lee Boxleitner and Sam Boxleitner. Following their divorce, Holcomb began dating American actor Ian Ogilvy. Meanwhile, Bruce married Melissa Gilbert (his second wife) in 1995. In addition, the couple has a child, Michael Boxleitner. The same scenario happened when the couple decided to split up on March 1, 2011.

When it comes to Verena’s body measurements, she is of average height and weight. She has a thin and curvaceous physique. However, the precise measurements of her body, height, weight, dress size, and shoe size are still unknown. She has kept this knowledge hidden from the general public. However, based on her stunning photographs, we can conclude that she has a stunning pair of light brown eyes and brown hair. Verena frequently dyes her hair.