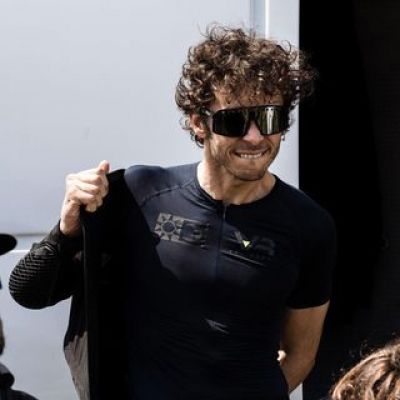 Who is Valentino Rossi? Valentino Rossi is the son of Graziano Rossi, a retired motorcycle racer. Valentino is 41 years old as of 2020, having been born on February 16, 1979, in Urbino, Marche, Italy. In honor of his dad, Rossi still races with the number 46. His family and he relocated to Tavullia. And grew up there with his half-brother Luca Marini and sister Clara Rossi.

Since his mother Stefania did not want him to ride a motorcycle at such a young age, he started his racing career with go-karts. When he was five years old, his 60cc motor was replaced with a 100cc motor for increased speed. Finally, he entered and won the local kart championship in 1990. By the end of 1991, he had also honed his minibike riding skills. He’s still ridden under the number 46, which was his father’s racing number.

There isn’t much information available about Ross’s schools or educational institutions. He has been awarded an honorary doctorate in Organizational Communications and Advertising. Furthermore, he has been fascinated by racing and the thrill of speed since he was a teenager.

What is Valentino Rossi’s Height? Valentin Rossi stands at 5 feet 11 inches tall and weighs 69 kilograms. He wears size 11 shoes (US). Furthermore, Rossi, like many other actors, has a turtle tattoo on his hip.

Valentino Rossi is one of the most prolific motorcycle racers of all time. At the age of 26, he has won seven World Championships in Grand Prix. Rossi began his racing career in 1990, winning the local kart championship. Ross had already mastered the minibike race by the time he was twelve years old. Valentino later got to ride a Cagiva Mito 125cc motorcycle for his team in the Italian sports development championship with the aid of Rossi’s father and friends. Rossi did not do well in the rally, instead totally wrecking his new motorcycle. He won the final race of the 1994 season after putting in a lot of effort and preparation.

Rossi signed with Honda to compete in the 500cc class, which he won in 2001. Years later, in 2004, he signed with Yamaha and raced in the South African Grand Prix, which he won for the second time. He had some technical issues in 2007, and only four of his races were won. He was also injured in one of the races, but he nevertheless finished third in the World Championship. However, in 2008, he regained his reputation by winning the MotoGP championship by winning nine races.

He finishes second in the championship with 325 points in 2015. Qatar, Argentina, the Netherlands, and the United Kingdom each won four games. Rossi finished second in the championship in 2016, with 249 points in the draw. Spain and Catalunya both won.
Net worth and awards Valentino is the first road racer to have raced in 400 Grand Prix or more. Rossi won 7 World Championships and 5 MotoGP Championships in a row during the 2005 Grand Prix motorcycle racing season.

As of 2013, he had accumulated 106 victories, 80 of which were MotoGP championships. He is also one of the five riders in the history of motorcycle racing to win the premier-class championship five times.

Valentino Rossi’s Income And Net Worth

How much is Valentino Rossi’s Income? Rossi’s net worth is reported to be $140 million, with the majority of his fortune coming from his racing career. In terms of his money, he owns a home in London, United Kingdom. In addition, he owns a villa on the Spanish island of Ibiza. Rossi owns 56 luxury yachts, including a Ferrari 458 Italia in yellow.

Who is Valentino Rossi’s Girlfriend? In 2002, Rossi had his first-ever dating relationship with Martina Stella, which lasted about three years. Then he had romantic relationships with Maddalena Corvagila in 2005, Ariana Matteuzzi from 2005 to 2007, Linda Morseli from 2007 to 2016, Elisabeth Canalis from 2007 to 2016, Mandala Tayde from 2008 to 2016, and Aura Rolenzetti from 2016 to 2017. Rossi is reportedly dating Francesca Sofia Novello, a 15-year-younger lingerie model. They began dating in 2017 and are now planning to marry in the near future.

Rossi has always managed to stay focused and out of the spotlight. Valentino, on the other hand, was once accused of tax evasion in 2007. To settle the matter, he paid 35 million euros to the Italian tax authorities.