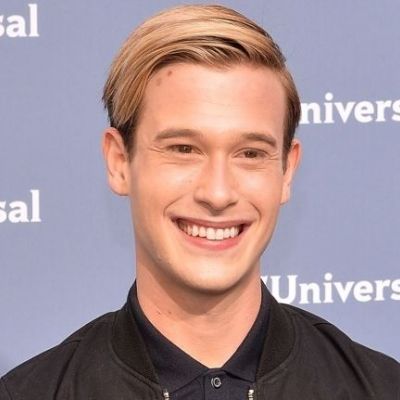 Tyler Henry is a television personality who also works as an actor in the show. He appears as a ‘clairvoyant medium’ in this series.

Tyler Henry was born on January 13, 1996. Hanford, California, in the United States of America, was his birthplace. The names of his father and mother are unknown. It is also not public knowledge if he has siblings.

Tyler enrolled in Sierra Pacific High School. During his high school years, he volunteered to do readings for professors and classmates. This amazed both the teachers and the kids. He went on to finish his high school studies and eventually graduated. Tyler enrolled in college after graduating from high school. He wanted to study to become a fully trained hospice nurse in college. He did not finish his college education.

He discovered he had clairvoyant powers at a young age. Tyler was ten years old at the time. He improved his skills after entering high school, where he did readings for both teachers and fellow pupils.

He enrolled in college but did not complete his studies. This is due to the fact that he was ‘found’ by the E! Television Network. He appeared in the television series ‘Hollywood Medium.’ He was nineteen years old at the time. After his twentieth birthday, the show began broadcasting. This occurred on January 24, 2016.

Tyler has appeared in a number of TV series. ‘Keeping Up with the Kardashians is one of the most well-known shows. Tyler has performed readings for a number of high-profile celebrities. Alan Thicke, NBA player John Salley (now retired), Monica Potter (actress), Tom Arnold (actor), Amber Rose, the Kardashians, and many others are among the most well-known. Alan Thicke’s is Henry’s most contentious reading. It is still being debated in the media today.

Getting readings from Tyler Henry is difficult, especially if you are not a celebrity. Tyler stated on his Instagram account that over 15,000 people are on the waiting list. This is a large number. It is unknown how much Tyler charges for a reading. Because most people book through a website, these details have remained scarce.

Tyler has authored a memoir titled ‘Between Two Worlds.’ This magazine was first published in the year 2016. Tyler Henry has made a reputation for himself in the film industry in a short amount of time. With only four years in the film industry, the sky is the limit for this young man.

Tyler hasn’t married yet. He prefers to keep his personal life private. Who he is dating is not yet known to the general public. It’s odd because he’s a lovely young man, yet he doesn’t have the typical love life turmoil of a young man his age. He is openly homosexual.

Tyler Henry’s Salary and Net Worth

Tyler Henry has a net worth of $4 million as of September 2022. His income has primarily come from his appearance in the television series ‘Hollywood Medium.’ In addition, the sale of his memoir has significantly increased his net worth. He has also appeared on another reality television show, Keeping Up with the Kardashians. Tyler has also delivered readings to a number of well-known persons. That explains how he amassed the fortune indicated earlier.