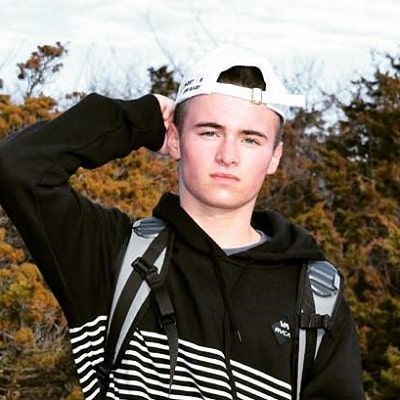 Tyler Atwood is a professional dancer from the United States. Tyler Atwood has been dancing since the age of six, and he was also a contestant on season two of “Abby’s Ultimate Dance Competition.” He came in eighth place in this competition.

Tyler Atwood and his twin brother Travis were born on June 9, 2000. They are originally from Jamestown, Rhode Island, and they are born under the sign of Gemini. In 2020, the Atwood twins will be 20 years old. Similarly, Sheryl is the name of their mother. Aside from that, Tyler has yet to reveal information about his parents and other family members.

Tyler has also not revealed much about his educational history or childhood. Nonetheless, given his age, Tyler appears to have enrolled in a college for his bachelor’s degree, unless he decided to discontinue his studies and focus on his professional job. Tyler’s twin, Travis, is currently a dancer, model, and actor.Tyler and Travis are also identical twins who are also dancers. Tyler, in particular, began dancing at the age of six. He received his training at the Talent Factory and currently performs at the Rhode Island Ballet Theater. Outside of Dance, Tyler participates in competitive soccer with his brother.

Tyler Atwood is an accomplished dancer. He has been dancing since he was a child, along with his twin brother Travis. They both appeared on Season 2 of Abby’s Ultimate Dance Competition. Tyler finished the season in eighth place overall. Furthermore, Tyler and his brother were the second and third boys to compete following Zack Torres. Torres was the first person to sign up for Abby’s Ultimate Dance Competition.

Similarly, the Atwood twins, who have blooming careers in the entertainment industry, have been dancing together since a young age. Hip hop is Tyler Atwood’s favorite dance style to perform and watch. Tyler has been dancing for numerous years and his specialization is contemporary. Tyler stated that if he were not a dancer, he would like to be a professional soccer player or an engineer.

Tyler and his twin brother Travis made it to the second season of Abby’s Ultimate Dance Competition. Tyler was a member of Michael Jackson’s trio, along with Haley and Sarina. Similarly, he was the only member of his trio who did not finish last. Tyler stayed on for the second week. He came close to winning the group challenge, but fell short to Gianna.

Tyler was then teamed with Travis and JoJo, his brother. The group advanced to the next round. Tyler was eventually partnered up with Ally and McKaylee. Tyler was also safe in this round. He then finished last for the first time in Vegas week. Tyler, on the other hand, was saved because he was the “masculine” member of his trio.The Atwood twins have reunited for another duet. Tina deemed them safe this time. Tyler later joined Trinity and JoJo in a Newsies-themed trio. The choreographer kicked him out of the center spot.

Tyler and his brother Travis finished in the bottom two. Among the twins, Tyler was sent home, but Travis continued in the tournament. Tyler later attended the grand finale and participated in the group dance. Tyler and Travis were the only twins to compete on Abby’s Ultimate Dance Competition during their time on the show. Tyler was also the first Hip-Hop boy to compete in the competition.

Tyler Atwood is most likely single right now. He hasn’t revealed much information about this matter. Similarly, Tyler Atwood hasn’t uploaded any social media posts that could hint at his current relationships or affairs.

Furthermore, he has kept a clean public profile free of rumors, scandals, and issues that could jeopardize his work and personal life. Tyler Atwood, on the other hand, is certain to attract numerous admirers in the future due to his talent, wit, and attractions.

Tyler Atwood is 5 feet 7 inches tall, weighs roughly 54 kg, and wears a shoe size 9 according to US standards. Aside from this, no information is available on his chest-waist-hip measurements, dress size, biceps, and so on. Tyler Atwood, on the other hand, has blonde hair and stunning blue eyes.

When it comes to his social media presence, Tyler shares his accounts with his Twin Travis. They started their Twitter account in February 2012 and have already gained 2,509 Twitter followers. Similarly, the twins may be found on Instagram under the handle @tntatwood.At the time of writing, this account has 54 posts, 10.3k followers, and 54 shares. Their Instagram profile, however, is set to private, so only their followers may see the twins’ actions. Since its inception on October 24, 2008, the Atwood Twins’ YouTube channel has gained 1.18K subscribers and 80,800 views.