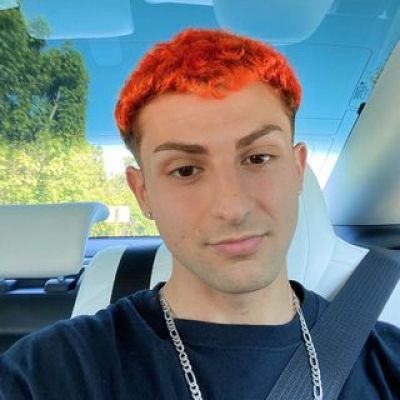 Twaimz is a well-known social media celebrity, Vine star, and YouTuber from the United States. Twaimz is best known for his deep fondness for llamas as well as his bizarre, comic acts.

Who is Twaimz? Twaimz was born on May 13, 1995, as Issa Christopher Tweimeh. In the same way, he will be 25 years old in 2020. He was born into an Arabic-American family in San Francisco, California. Nour, his older sister, is his only sibling. Mai and Tony are his parents’ names.

Furthermore, he attended a California high school where he was often bullied because of his weight. He did, however, lose weight after starting to make videos. In addition to him, his father appears in many of his videos. He is also a fan of the American teen drama and mystery-thriller television series “Pretty Little Liars.” He adores animals and has a dog called Turbo.

What is Twaimz’s Height? Twaimz is a handsome young man with a charismatic personality. He stands 5 feet 4 inches tall and weighs about 60 kilograms. He sports an 8 shoe size, according to some online sources (US). His eyes are dark brown, and his hair is black. Twaimz, on the other hand, has shaved his head and is now bald.

This Social Media Personality, who has a sizable following across various social media channels and rose to prominence primarily as a result of videos he uploads to Vine and YouTube, was once just another adolescent with a dream to achieve greatness.

His breakthrough came three years ago at Vidcon, the 4th annual multi-genre online video conference held at the Anaheim Convention Center in Anaheim, California, from August 1 to August 3, 2013. In addition, in 2013, he entered the Vine app, where he produced 7-second comedic videos. On Vine, he quickly reached one million subscribers.

He waited in line for four hours just to meet his favorite American YouTuber, actor, film producer, songwriter, musician, and sketch comedian Shane Dawson and give him a drawing of the latter’s adorable dog. Dawson, on the other hand, gushed about this adolescent on social media, prompting Twaimz to enter the world of social media.

Twaimz creates video monologues that are often comedic and musical, and are usually about sexual orientation, self-respect and admiration, and pop culture. He vlogs about the people he likes, or about loving oneself first and then loving others, and other topics like that.

He’s known for his witty sense of humor as well as his openness about his personal life and sexuality. He talks about his life in his videos in the style of a freewheeling commentary that one would share with a best friend.

This approach of Twaimz certainly appeals to his countless fans and viewers, who form a bond with the Vine Star, which is the secret to maintaining and increasing one’s popularity among fans and viewers in the long run. His video, titled “The Crush Song,” has received over 3 million views.

He is also a co-star of the Fullscreen series “Party in the Back” in addition to running his own channel. He soon announced a 20-city tour, which lasted from November 12 to December 17, 2017, and featured some of his original tracks. He’s been making videos on his YouTube channel “Twaimz” since then, collaborating with fellow YouTubers “Larry” and “Ravon.” Twaimz is a TikTok influencer as well.

Who is Twaimz’s Girlfriend? Twaimz is a proud gay man. He is not actually dating anyone. He hasn’t spoken about his previous relationship. Issa, on the other hand, has been connected to YouTuber ‘Larray’ in the past. However, it was later discovered that they are simply friends. He may or may not have dated anyone, but he has made no mention of it.

Twaimz’s Income And Net Worth

How much is Twaimz’s Income? His career clearly allows him to amass a large sum of money. Issa’s YouTube channel has a total of 80 videos of over 325.3 million views. Every month, he produces an average of one new video. In addition, he receives over 99.2K video views per day and 414 new subscribers per day. However, as of August 2020, his total net worth is $177,000.