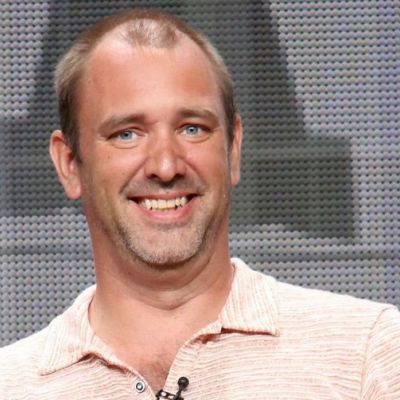 Trey Parker, born Randolph Severn Parker III, is an American director, producer, actor, songwriter, animator, and singer. He is best known as one of the South Park creators.

Trey Parker was born on October 19, 1969, to Sharon and Randolph Parker. He was raised in Conifer, Colorado. He attended Evergreen High School, where he was active in the theatre and choir. He then attended Berklee College of Music before transferring to the University of Colorado at Boulder. Parker made a number of films in college and high school that never saw the light of day.

Trey met his future collaborator, Matt Stone, while they were both students at the University of Colorado. Following that, he began a partnership that has lasted to this day. They collaborated on several short films and even co-starred in a musical called Cannibal! The Musical premiered in 1993.

Orgazmo, their second film, was released in 1997. Their TV show, South Park, which has millions of fans all over the world, debuted the same year as their film. Parker and Stone have complete creative control over it, and they have created a number of video games and music related to the show.

They also collaborated on a spin-off film called South Park: Bigger, Longer, and Uncut, which was well-received by fans and critics alike.

Parker, Stone, and composer Robert Lopez worked on The Book of Mormon for several years before its Broadway debut in 2011. Trey was announced in 2016 as the voice of the villain Balthazar Bratt in Despicable Me 3.

Trey has received five Primetime Emmy Awards, four Tony Awards, and a Grammy Award over the course of his career. In 2000, he was nominated for an Academy Award for South Park: Bigger, Longer, and Uncut.

He won the Grammy Award for Best Musical Theater Album in 2012 for The Book of Mormon: Original Broadway Cast Recording. Trey was also nominated for an MTV Music Award in 2000 for a song on South Park.

In 2006, Parker married Emma Sugiyama. However, the couple divorced shortly afterward in 2008. He then began dating Boogie Tillmon, whom he later married. Betty Boogie Parker, their daughter, was born in 2013. Trey has a stepson as well.

Trey Parker’s Salary and Net Worth

Trey Parker’s net worth is estimated to be $550 million as of July 2022. The majority of his fortune stems from his work on South Park and the distribution and revenue deal he struck with Comedy Central for South Park and its various games and musical spin-offs.