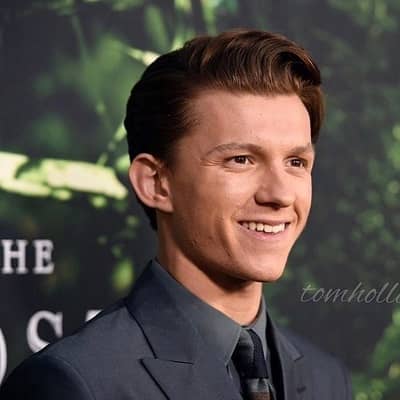 Tom Holland is an English dancer and actor. Tom Holland is most recognized for his role in the Marvel Cinematic Universe as Spider-Man. As Peter Parker / Spider-Man, he has appeared in Captain America: Civil War, Spider-Man: Homecoming, Avengers: Infinity War, Avengers: Endgame, and Spider-Man: Far From Home.

Tom Holland is a 24-year-old actor who was born on June 1, 1996, in Kingston upon Thames, England. His full name is Thomas Stanley Holland. He is the eldest son of Nicola Elizabeth, a photographer, and Dominic Holland, a comedian and author. Tom Holland has three brothers: Sam and Harry Holland, twins, and Paddy Holland. He is of English, Irish, and Manx descent and is British and English. Holland has been dancing since he was a small child. He began performing as a child in a hip-hop class at Wimbledon’s Nifty Feet Dance School. He was originally seen by choreographer Lynne Page when he was a toddler.

Tom completed his education at Wimbledon’s Donhead Preparatory School in South West London. Following that, he enrolled at Wimbledon College, a Jesuit Roman Catholic comprehensive school with a voluntary assisted program. He went on to The BRIT School of Performing Arts and Technology after that.

Tom began his acting career in 2008 as Billy Elliot / Michael in the Victoria Palace Theatre production of Billy Elliot the Musical. Until 2010, he played the character in the musical. For the first time, he played Lucas Bennett in the 2012 film The Impossible. For his role in the film, he got the Hollywood Film Awards and the St. Louis Film Critics Association award in 2012. In 2013, he also won Young Artist Awards and Saturn Awards for Best Performance by a Younger Actor for the same film. He’s also appeared in several films, including How I Live Now (2013), In the Heart of the Sea (2015), and A Monster Calls (2016).

Spiderman is a fictional character created by Marvel Comic

In the Marvel Cinematic Universe, Tom debuted as Peter Parker / Spider-Man in 2016. In 2016, he made his debut appearance as Spider-Man in Captain America: Civil War. He earned great acclaim for his portrayal of the legendary web-slinger, despite his little screen time. It set the stage for his much-anticipated and well-received cameo in Spider-Man: Homecoming in 2017. He played Spider-Man again in Spider-Man: Homecoming in 2017, reprising his character from Captain America: Civil War.

For Captain America: Civil War, he won Breakthrough Performance of the Year at the Golden Schmoes Awards in 2016. He also won a Saturn Award for Best Performance by a Younger Actor for the same film. Holland then returned his heroic role in the superhero blockbusters Avengers: Infinity War and Avengers: Endgame, which were released in 2018 and 2019. With Spider-Man: Far From Home, he adds the next chapter to his character’s story in 2019.

Holland, on the other hand, has other acting commitments. The epic film In the Heart of the Sea was a box office disappointment in 2015. It did, however, provide another platform for the emerging celebrity, as well as the chance to put his skills to the test in challenging shooting situations. He subsequently went on to star in the 2016 flicks Edge of Winter and The Lost City of Z before starring in the 2017 medieval action movie Pilgrimage. Holland worked on the animated adventure Spies in Disguise with Will Smith, which was released in late 2019. In October 2020, Holland began filming Spider-Man: No Way Home, and the film was completed by the end of March 2021.

Tom won the Golden Schmoes Award for Breakthrough Performance of the Year in 2016 for his part in Captain America: Civil War. He won the coveted British Academy Film Awards’ Rising Star Award in 2017. (BAFTA). He received Best Performance by a Younger Actor at the 2017 Saturn Awards for Captain America: Civil War. In the same year, he was named Choice Summer Movie Actor at the prestigious Teen Choice Awards for his role in Spider-Man: Homecoming.

For his role in Spider-Man: Far From Home, Tom garnered Teen Choice Awards and Saturn Awards. In addition, Tom got a Kids’ Choice Award for Avengers: Endgame. Tom Holland has a net worth of $15 million, but his salary is unknown.

Tom Holland has kept his private life hidden from the public eye. In the media or in public, he never speaks about his personal life. Tom would rather that people focus on his work than on his personal life. He has kept his affairs under wraps and has made no official pronouncements about them. As of yet, there is no information about his marriages or divorces. He hasn’t said anything about his marriage, affair, girlfriend, or partner so far. Rather of being stuck in a relationship, he appears to be honing his power and abilities in order to realize all of his ambitions. He looks to be focused with his profession at the moment, and he does not appear to have time for love affairs. Despite allegations of a romance with actress Zendaya, his current relationship status remains unknown.

Tom is rumored to be having an affair with Ella Purnell, a lovely English actress. In February 2017, they were seen together at a BAFTA after-party. Tom and Ella made their way to his hotel after the celebration. Their relationship has yet to be proven. Tom has been dating Zendaya, his Spider-Man: Homecoming co-star, since 2016, according to another claim. Holland and Zendaya allegedly began dating while filming Spider-Man: Homecoming. Neither of them has confirmed their relationship till recently.