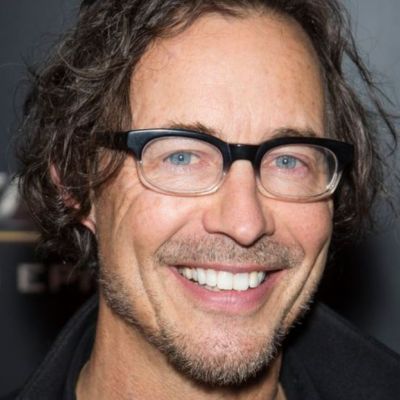 Tom Cavanagh is a well-known actor who has appeared in a variety of American television shows and films. He was born in Ottawa, Ontario.

Tom Cavanagh was born in Ottawa, Ontario, to a Roman Catholic family. His parents, Rosemary and Thomas Cavanagh Senior, moved him to Winneba, Wisconsin, and then to Lennoxville, Quebec, when he was a teenager, where he completed his high school education. He attended Champlain College in Lennoxville to further his education at the CEGEP level.

While studying English, Biology, and Education at Queen’s University in Kingston, Ontario, he developed an interest in theatre and music. Since high school, sports have been an essential part of Tom Cavanagh’s life.

Before becoming known for his recurring role as Doug the Guy in the NBC television series ‘Providence,’ Tom Cavanagh appeared in several commercials and Canadian television dramas.

Cavanagh won a TV Guide Award in 2000 for his role as the title character in the NBC show ‘Ed.’ Cavanagh has appeared in ‘Eli Stone’ ‘Trust Me,’ hosted ‘Stories from the Vaults,’ and made a guest appearance in the mid-season premiere of the USA Network show ‘Royal Pains’ since 2005. He appeared in the Lifetime remake of ‘A Killer Among Us in 2012.

Tom Cavanagh’s Income And Net Worth

The actor’s total net worth is estimated to be $5 million. According to some sources, Tom Cavanagh is paid $100,000 per episode of ‘The Flash’ for his acting. Aside from that, he starred as the title character in ‘Ed’ and directed a few episodes of both. His film ‘Tom and Grant’ was also a huge success, winning numerous awards. As a result, Tom Cavanagh’s net worth is not surprising.

Tom Cavanagh and their wife Maureen Grise dated for two years before marrying on July 31, 2004, in Nantucket, Massachusetts. She was a photo editor for an American sports magazine, and they first met on a basketball court in New York City. On 10 February 2006, the couple welcomed their first daughter, Alice Ann Cavanagh, and a year later, their son, Thomas Cavanagh Jr., on 29 June 2007. On 5 August 2009, their third child, James Joseph, arrived to brighten their lives even more, and they completed their family by welcoming their youngest, Katie Cavanagh.