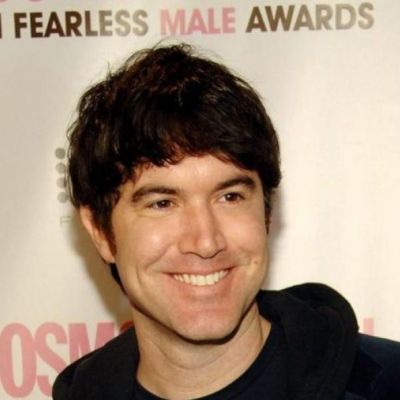 MySpace co-founder Thomas Anderson, also known as Tom Anderson. Many MySpace users refer to him as “Tom from Myspace” because he is the first friend a user makes when they create an account on this social networking site.

Tom was born on November 8, 1970, in San Diego, California, and has worked as a hacker since he was a teenager. At the age of fourteen, he allegedly hacked into the server of Chase Manhattan Bank. The Federal Bureau of Investigation eventually apprehended him but did not arrest him because he was a minor. He went by the alias “Lord Flathead.”

He majored in English at the University of California, Berkley, before becoming the lead singer of the band “Swank.” Tom spent a few years in Taiwan before returning to study Critical Film Studies at the University of California, Los Angeles. Anderson is a frequent user of popular social networking sites such as Facebook, Twitter, Reddit, and Google+.

In 2000, Tom met Chris DeWolfe, with whom he co-founded MySpace. The two worked at XDrive, a digital storage company where Tom was a product tester and copywriter. They worked there until 2001 when XDrive declared bankruptcy.

The pair then established ResponseBase, a marketing firm. In 2002, they sold this company to Universe. Anderson and a couple of other eUniverse employees founded MySpace in 2003. It was founded in part in response to the current site Friendster, which would block accounts that refused to use real names.

Intermix Media, which was founded as a sort of successor to eUniverse, aided MySpace in gaining enormous popularity among a wide range of users.

Anderson was named president of the company after Intermix Media and Myspace were sold to News Corp for $580 million. He was fired as President of MySpace in 2009.

In 2012, he joined the board of RocketFrog, an L.A.-based company that developed a Facebook app. Tom Anderson made an appearance in Adam Sandler’s comedy Funny People in 2009.

Anderson’s most notable accomplishment in his field is that he was a co-founder of MySpace. It was quite a fad at the time. It was similar to Facebook at the time, with millions of users.

Tom Anderson’s Salary and Net Worth

Anderson, Tom 2019 Net Worth Tom Anderson’s net worth is $65 million as of July 2022. Despite the fact that MySpace was sold for a whopping $580 million, Anderson did not receive any of the proceeds. The decline in MySpace’s popularity contributes to Anderson’s wealth loss.