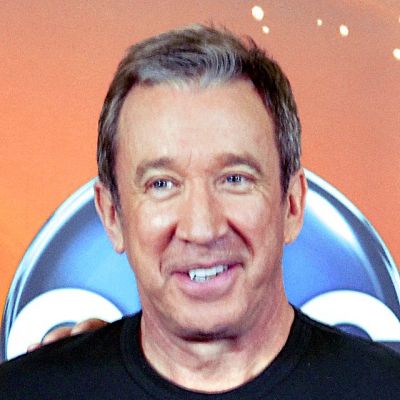 Tim Allen is an American actor, comedian, producer, and director. He began his career doing stand-up comedy shows, unaware that he would go on to become one of the most famous TV personalities of all time, thanks to the “Home Improvement” series.

Timothy Alan Dick was born on June 13, 1953, in Denver, Colorado, the state capital. Gerald M. Dick, his father, was a real estate agent who died in an automobile accident in 1964, and Martha Katherine Dick, his mother, was a service worker. Following his father’s death, his mother, Martha Katherine Dick, married a business executive who had been a high school classmate of hers.

Tim Allen relocated to Birmingham, Michigan, with his mother and four brothers after their mother’s marriage. He grew up largely there and attended Seaholm High School. Tim Allen began his education at Central Michigan University before transferring to Western Michigan University. He has a Bachelor of Science in communications with a concentration in TV and radio production, as well as minors in design and philosophy. Tim was awarded an honorary Bachelor of Fine Arts degree in 1998.

Tim Allen had his first marriage with Laura Deibel. They married in 1984, divorced in 2003, and separated in 1999. Tim and Laura had one child, a girl named Katherine Allen, who was born in 1989.

Tim Allen has been married to Jane Hajduk, an actor, since 2006. Tim and Jane had one child, a girl named Elizabeth Allen Dick, who was born in 2009.

Tim Allen did not begin his career in television; instead, he began as a comedian, notably at Mark Ridley’s Comedy Castle club, and subsequently began performing TV advertisements. Later, he relocated to Los Angeles and began performing stand-up comedy at The Comedy Store before appearing on late-night talk shows.

Moving on to television, Tim Allen made his film debut in “Comedy’s Dirtiest Dozen,” a stand-up comedy. From 1991 until 1999, he was most known for his work on the comedy series “Home Improvement,” for which he received numerous accolades and recognition. Tim Allen’s first high-grossing film was “The Santa Clause,” a Christmas family comedy. Tim’s successful voice acting career includes the animated comedy-adventure film “Toy Story” and its sequels.

Tim Allen’s most recent work is in the comedy series “Last Man Standing,” as well as his 2018 – 2019 projects, which include the fourth instalment of “Toy Story” and maybe another season of his most recent series.

Tim Allen received the People’s Choice Award for Favorite Comedic Movie Actor for his performance in “The Santa Clause.” He was also nominated for an Annie Award for Outstanding Individual Achievement in Voice Acting by a Male Performer in an Animated Feature Production for “Toy Story 2.”

Tim Allen’s Salary and Net Worth

Tim Allen’s net worth is predicted to be $85 million as of June 2022. He acquired a fortune from the TV movies and series in which he appeared. Tim Allen’s overall income for the “Toy Story” film and its sequels is estimated to be around $14 million, and he got $1.25 million per episode of the “Home Improvement” series, making him one of the highest-paid TV performers.

Tim Allen is one of the highest-paid actors in television history. For his most profitable and famous series, “Home Improvement,” he earned more than a million dollars every episode and numerous honours. Tim Allen is married to Jane Hajduk, with whom he lives peacefully.