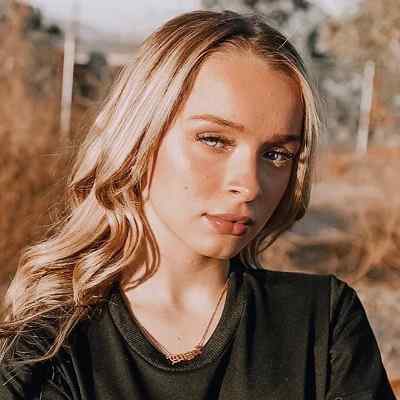 Taylor Hatala is a Canadian dancer whose video set to Taylor Swift’s “Shake It Off” went viral. Taylor Hatala was a contestant on World of Dance season 2 and appeared in the Lifetime series Dance Video Throwdown.

Taylor Hatala is a 17-year-old student. She was born in Edmonton, Canada, on June 14, 2003, under the zodiac sign of Gemini. Teresa Hatala is her mother’s name, and Chad Htala is her father’s. She also has a younger sister named Reese. Her sister is a dancer as well. Will Adams’ immaBEAST Dance Company includes Reese. She has also appeared on the television show “World of Dance.” When it comes to her nationality, she is a Canadian citizen.

Taylor Hatala is a young Canadian dancer who rose to prominence after appearing in the Lifetime series “Dance Video Throwdown.” At the age of three, she began taking tap and ballet classes. She began learning hip hop and jazz dance genres at the age of six as well. Her dancing video set to Nicki Minaj’s “Anaconda” catapulted her into the spotlight on the internet. The video went viral, and she gained a lot of attention on social media. In 2003, she was invited to appear on “The Ellen DeGeneres Show” following the success of her viral dance video. Her popularity soared as a result of her appearance on the programme.

Her physique is also extraordinarily flexible, which allows her to perform mind-blowing dancing maneuvers. Her outstanding performances consistently left her audience speechless. Due to early exposure to numerous types of dance such as jazz, tap, hip hop, and ballet, this young dancing phenomenon became excellent at executing a variety of dance forms. Hip hop is her favorite dance form, and she plans to continue her education in it.

She was a member of the dancing trio Suga N Spice on the popular reality show “America’s Got Talent” in 2015. She also had the opportunity to participate on Janet Jackson’s ‘Unbreakable’ world tour the following year. She performed in a number of nations as part of the tour, gaining international attention in the process.

Furthermore, her choreography videos, such as those set to Taylor Swift’s “Shake It Off” and Meghan Trainor’s “All About That Bass,” garnered her further notice. She’s also appeared on the Lifetime reality show “Dance Video Throwdown.” Aside from that, she and Josh Beauchamp competed in season 2 of the reality dance competition “World of Dance.”

Taylor is also active on YouTube, where she has been regularly posting her dancing videos since 2013. On December 19, 2013, she created her own YouTube account. “11 yr old Taylor Hatala and friends!” is the oldest video on the YouTube account. The song “G.D.F.R!” by Flo Rida was released on December 2, 2014. The video has been seen nearly 1,671,886 times.

Her reputation on social media grew as a result of her exquisite dance routines, and she began to attract a lot of attention. She’s amassed a sizable fan base. There are currently over 224K subscribers on the channel, with over 19 million views. In 2015, this gifted dancer had an appearance on the TV show “Fresh Off the Boat.” In addition, she played Alex in the short film “Happy Birthday, Mango.”

Despite the fact that she has yet to win an honor, she will undoubtedly win accolades for her incredible sanding abilities. She did, however, perform at the BET Music Awards alongside Chris Brown. She has also performed with the NBA squad alongside other young dancers.

Taylor Hatala is a well-known young Canadian dancer, entertainer, and actress who has amassed a substantial sum of money from her dancing profession. She has achieved a high level of fame as a result of her talent and competence, and she has amassed a significant amount of riches. Her net worth is still unknown, though some web sites estimate it to be in the range of $1 million to $5 million.

Her Instagram posts also showcase her opulent lifestyle as she goes about her everyday duties. Despite the fact that she is only in her teens, she has already accomplished a great deal as a dancer and aspires to achieve even greater success in the future.

Is Taylor single or in a relationship?

Taylor Hatala appears to be single when it comes to her dating life. She is currently too young to engage in marital relations, and she does not have her own child. Furthermore, she appears to prefer her solitary existence versus being involved in a romantic relationship. She also frequently posted images of her family and friends on her social media accounts. Her Instagram postings show her closeness and lovely bonding with her sister and pals.

She has also posted images with a male friend but has been silent about her love life. She could be meeting her ideal partner at the ideal time to start a relationship. She has stayed away from all kinds of controversy and speculations in her personal and professional life because she is young. She has maintained a clean image and is more focused on her career.

Taylor Hatala, who is 17 years old, has a thin frame and stands a nice height. She has a really attractive and endearing personality. She stands at a height of 5 feet and 3 inches. Her weight, as well as other physical measures such as chest, waist, and hip sizes, are not available. Similarly, she has a lovely pair of brilliant blue eyes and lovely blonde hair.

Taylor, a young and gifted dancer, is active on several social media platforms such as Instagram, Facebook, YouTube, Twitter, and others. On social media, she goes by the moniker @@tayd dance. She has over 1.3 million Instagram followers under the name @tayd dance.