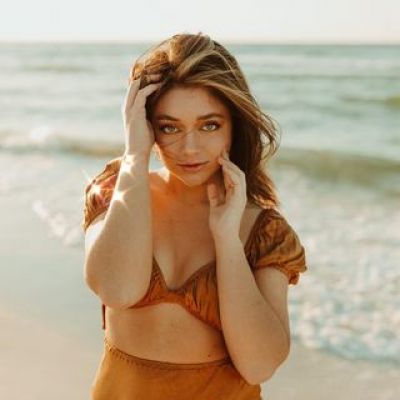 Tabitha Swatosh is a young social media celebrity from the United States. Tabitha Swatosh is mostly a Tiktok content producer, although she has also created her own YouTube material. She’s also a model and beauty pageant contestant.

Who is Tabitha Swatosh? Tabitha Swatosh is a 20-year-old woman who was born on August 25, 2000. Her birthplace is Joplin, Missouri, and her zodiac sign is Virgo. When it comes to her family, Tabitha has a brother named Blake. In May 2017, she posted an Instagram photo with her younger brother. Aside from that, there is no information on her parents or other family members.

Tabitha Swatosh has also failed to reveal any details about her educational experience. However, given her age, we may presume Tabitha is a bachelor’s level college student until she decides to take a vacation or quit her studies to focus on her professional career.

Tabitha Swatosh works as a model and social media personality. She has also won a beauty contest and is a content creator. She acquired a sizable following on her self-titled TikTok account. Tabitha entertains her over 5 million followers with a mix of music videos, green screen performances, and storytimes.

Tabitha Swatosh also has a YouTube account with the same name. On April 9, 2020, she created it. She has received over 799.9k views and 220K subscribers on this channel since then. Tabitha had four videos published to her channel as of mid-August 2020.

On July 27, 2020, she posted the video titled MY WHAT?? FELL OUT IN FRONT OF THE PRESIDENT?? This video has been viewed over 392.5k times. Then, while writing this biography, the most recent video on this channel is named How to Get a Boyfriend 101. She posted this on August 8, 2020, and it has had over 69.5k views so far.

Who is Tabitha Swatosh’s Boyfriend? In terms of personal relationships, Tabitha Swatosh began dating Matt Ryan in 2020. Matt is known on Tiktok as @mattrya (Matthew Ryan) and on Instagram as @matthewryan. On August 17, 2020, Tabitha posted their first photo together on her own Instagram account. She posted a cute snapshot of the couple in a vehicle. Zac Green (@thezacgreen) captured the image in black and white.

Tabitha did not reveal her lover’s name in this post, instead only tagging the guy’s face with @my boyfriend_. Matt’s face is also obscured! The couple seemed to have maintained the secret for as long as they could! Tabitha then disclosed her boyfriend’s identity on August 21, 2020.

On the same day, Matt Ryan posted a cute snapshot of them together on his personal Instagram account. He posted a snapshot of the two walking side by side on a beautiful day. Matt even captioned the shot with a heartfelt message: “I used to look at relationships as something that would hold me back from my ambitions.” But when God provides you with the proper person, it makes you want them even more.”

Tabitha Swatosh’s Income And Net Worth

How much is Tabitha Swatosh’s Income? Tabitha Swatosh’s net worth and earnings are currently being investigated. Tabitha may make money from her videos and other social media interactions, however, this has not been proven. Similarly, she might generate money through modeling, brand sponsorships, and collaborations, among other things.

In terms of social media, Tabitha Swatosh joined Twitter in May 2020 and currently has over 1.8k followers on her @tabithaswatosh1 account. Similarly, on Instagram, she is known as @tabitha swatosh. At the time of writing, this account has 23 posts, 679k followers, and 23 shares.