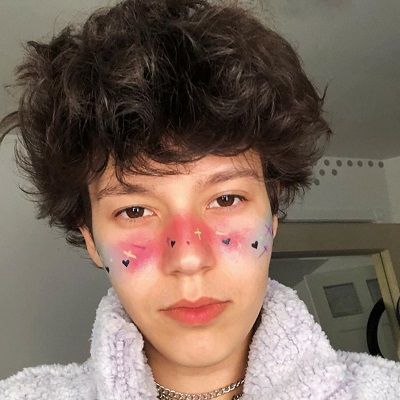 Storm Ryan is a well-known transgender rights activist and social media influencer in the United States. Storm Ryan’s gender transition videos on YouTube became viral, and he was highlighted by a number of high-profile magazines, including Teen Vogue and Mic.

Storm Ryan was born on March 4, 2000, in Jacksonville, Florida, United States of America. He will be 21 years old in 2020. Pisces is his zodiac sign. His sister, Ashton, has appeared in some of his videos. His parents are no longer married. He has also withheld any further information on his family members. Before enrolling at Paxon High School, he attended James Weldon Johnson Middle School. Ryan Stalvey is also his full name.

Ryan considers himself to be a transgender homosexual man. At the age of 14, he revealed to his parents that he was transgender. His mother first discovered his gender identity, he claims, when he showed up at his eighth-grade graduation ceremony dressed in a button-down shirt, dress slacks, and a tie. His mother was there, and she was astonished because when he left the house, he was dressed as a girl because he hadn’t come out as a trans person yet. His mother then drove him to the parking lot and attempted to hit him.

Ryan has said that since the time he came out, his mother has been verbally and mentally assaulting him. It became even worse after he revealed his gender identity to his parents. Both of his parents are accused of torturing him physically and mentally, as well as putting him through conversion therapy. The school he was attending at the time, James Weldon Johnson Middle School, contacted child protective services with claims of domestic abuse against his mother sometime in 2015. They did, however, drop the charges.

He also live-streamed a video in which his mother appeared to pin him down on the couch and tried to remove the masculine attire he was wearing in January 2016. Ryan shouted because he couldn’t breathe several times, but his mother blamed it on the “stupid bindings.”

His father, who had noticed what was going on, attempted to calm them both down at one time, but went out when Ryan’s mother refused to listen to him. She insisted on having the scissors handed to her so she could cut off Stalvey’s clothes, but he refused. Ryan’s sister was also in the residence at the time of the occurrence. He said in a YouTube video about the night that the picture of his sister crying while he was abused by their mother will stay with him forever.

The video was viewed by tens of thousands of people. Among the viewers were Nick and Heidi Dennis. They are the parents of Kyler, a transsexual buddy of Ryan’s from high school. Furthermore, the Dennis family reported Stalvey’s mother to the authorities, who was later imprisoned.

Ryan, on the other hand, was removed from his parents’ home and placed with the Dennis family. In April, a judge decided that his mother’s charges would be dismissed provided she accepted to therapeutic training, community service, and a fine. Ryan claimed that the decision scared him because he was still having nightmares about his mother. He was also concerned that, as his legal guardian, she might force him to return to their house.

In 2016, Ryan began a legal process to be allowed to live with the Dennis family. He got the backing of his classmates, who started a social movement online under the hashtag #RiseForRyan. He maintains ‘STORMRYAN 2′ in addition to his regular YouTube account, which he joined on August 21, 2017.

Ryan and his mother’s relationship seem to have improved in recent years. His parents are also divorced, and his mother has come to accept him for who he is. She has also participated in movies detailing his sex transition surgery and has made many appearances on his social media accounts. His mother backed him up, had chats with him and the doctors, and even taped portions of the tapes.

Ryan began hormone replacement therapy in the early part of 2017. He also had a double incision top surgery in September of that year. He documented the entire surgery on his YouTube channel.

Since June 2017, Stalvey has been dating Aryn Garrigan, a social media influencer. They seemed to share a strong bond. They may be having a great time and spending quality time with each other. Let’s hope their romance lasts till the finish.

Ryan has remained tight-lipped regarding his height and weight. There is no additional information on his bodily dimensions, such as chest-waist-hip, shoe size, clothing size, and so on. Ryan is a brown-haired man with brown eyes. In addition, after undergoing top-surgery for his female-to-male transition, he had surgery marks in his chest.

In terms of his net worth, someone may make a particular amount of money as a result of his occupation. His YouTube videos could be his main source of revenue. His net worth is believed to be at $82K. He might be spending quality time with his family and friends.