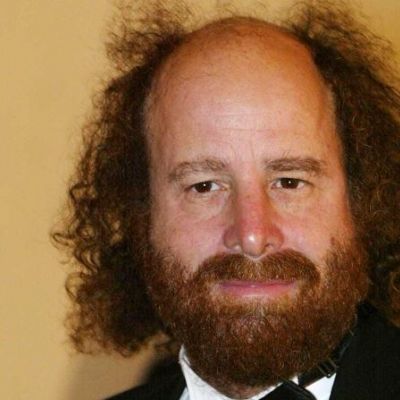 Steven Alexander Wright is a well-known American stand-up comedian, film producer, writer, and actor. He is well-known for his distinctive sluggish voice and expressionless delivery of philosophical and ironic one-liners, as well as jokes involving unusual situations. In 2017, he was ranked fifteenth on Rolling Stone’s list of the 50 Greatest Stand-Up Comedians.

Wright was born in the Massachusetts town of Cambridge. He is the son of an Italian-American mother, Lucille “Dolly,” and a Scottish father, Alexander K. Wright, an electronics technician. He grew up in Burlington, Massachusetts. Wright has three brothers and sisters. During NASA’s Apollo spacecraft program, Wright’s father tested a variety of equipment. He began working as a truck driver after completing this program.

Wright received his associate degree from Middlesex Community College in Bedford, Massachusetts. Later, he attended Emerson College and graduated in 1978. The following year, he began performing stand-up comedy at the Comedy Connection in Boston. He was inspired as a child by two people: director Woody Allen and comedian George Carlin.

Peter Lassally, the executive producer of “The Tonight Show,” booked Wright on the show in 1982. His comic abilities impressed both the show’s host and the audience, and the show grew in popularity.

Steven Wright released his first comedy album, “I Have a Pony,” on Warner Bros. Records in 1985. This album received positive reviews and was nominated for a Grammy Award for Best Comedy Album. Because of the album’s success, he received another large offer to record “A Steven Wright Special” for HBO DVD. This performance is one of HBO’s longest-running and most-requested comedy specials, and it helped him become a huge success on the university arena recital circuits.

He won an Academy Award in 1989 for his thirty-minute film “The Appointments of Dennis Jennings.” In 1990, he did guest appearances on late-night talk shows after his comedy show “Wicker Chairs and Gravity.”

After two years, in 1992, he had a recurring role on the television sitcom “Mad About You.” In the same year, he appeared in the film “Reservoir Dogs.”

In 1999, he wrote and directed the thirty-minute short film “One Soldier.” He made his debut in the production industry in 2006. In his sixteenth year of performing, he produced his first stand-up special show, “Steven Wright: When The Leaves Blow Away.” In 2006, Comedy Central aired the show.

On September 25, 2007, he released his second album, “I Still Have a Pony,” which was nominated for a Grammy for “Best Comedy Album.”

The Appointments of Dennis Jennings” won Steven Wright an Academy Award for Best Short Live-Action Film in 1989. He was also nominated for two Emmys in 2014 and 2015 for his work on the film “Louie.” He was inducted into the Boston Comedy Hall of Fame on December 15, 2008.

As a result of “The Comedian’s Comedian” poll, he was ranked 23rd on Comedy Central’s list of the Hundred most excellent stand-up comics in 2005.

“I Have a Pony,” his 1985 comedy album, received critical acclaim. It was nominated for a Grammy for Best Comedy Album. His performance in the HBO special “A Steven Wright Special” went viral.

Steven Wright has never been married. He is not married and thus has no children. There is also no information about his romantic relationships. Aside from comedy, Steve Wright has recorded a number of non-comedy songs with actor friend Mark Weather. He is also interested in painting.

Steven Wright appeared as a guest on “The Late Late Show” in 2008. Wright, along with alumni such as Barry Crimmins, Lenny Clarke, Bill Sohonage, Jimmy Tingle, and Steve Sweeney, worked to support their fellow comedian, Bob Lazarus, who was diagnosed with leukemia in May 2000.

Steven Wright’s Salary and Net Worth

Steven Wright’s net worth is estimated to be $3 million as of July 2022. Television and film are major sources of his wealth.