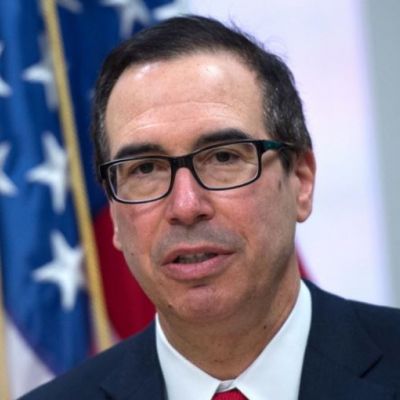 Steven Mnuchin is a well-known American banker and the current Secretary of the Treasury of the United States.

Mnuchin graduated from Riverdale Country School in New York City and attended Yale University for his undergraduate studies. He was the publisher of the ‘Yale Daily News in college.

He began his career at Goldman Sachs in 1985. Steven began in the mortgage department and rose through the ranks to become a partner in 1994. He was the head of the Mortgage Securities Department, a member of the Executive Committee, Chief Information Officer, and Executive Vice President at Goldman. In 2002, he left the company.

Steven Mnuchin’s Income And Net Worth

Steven Mnuchin’s net worth is estimated to be more than $450 million. He accumulates wealth by engaging in a variety of business ventures. Steven owns millions of dollars in stock in numerous companies, including CIT Group and Goldman Sachs. He has also produced numerous films that have been box office successes.

Steven Mnuchin has had three marriages. He was married to Kathryn Leigh McCarver from 1992 to 1999. After that, in 1999, he married Heather deForest Crosby. In 2014, the couple divorced. He has three children with her, Emma Mnuchin, John Mnuchin, and Dylan Mnuchin. He married actress Louise Linton in June 2017.