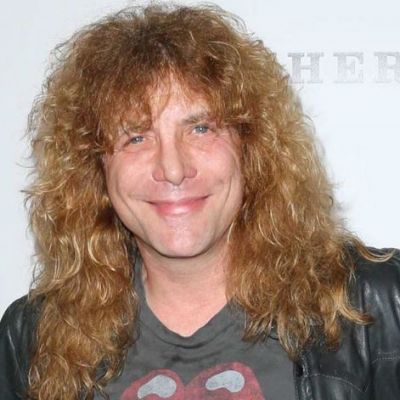 Adler was born Michael Coletti on January 22, 1965, in Cleveland, Ohio. He is from a mixed-race family, with his father being an Italian American and his mother, Deanna, being a Jewish American.

Steven has two brothers, Kenny and Jamie, the youngest. He had a close friendship with Slash, another musical legend when he was a student at Bancroft Junior High School. Playing the drums entered Adler’s life while he was in high school, and things took a dramatic turn from there. Adler became interested in music, and who knew that a legend was going to be born.

His musical career began after he graduated from high school. Initially, he auditioned for Sunset Strip mainstay  London, but it was a fruitless attempt. Then he established his own band, “The Road Crew,” with Slash. Things were going well until Slash left the band because they couldn’t find a suitable vocalist.

In 1985, Adler joined Guns N’ Roses, which had been created by Axl Rose, Izzy Stradlin, and a few members of LA Guns. The band began performing in nightclubs for a long time before signing a contract with Geffen Records.

Guns N’ Roses released their first album, Appetite for Destruction, in 1987. It remains the most popular attraction, having sold 28 million copies of the CD. Everything was wonderful until Adler began to miss performances at various award ceremonies. It was later revealed that he was high on drugs and that things were becoming uneasy, prompting him to leave the band.

Adler’s musical adventure continued after he left Guns N’ Roses. Adler’s Appetite was his own band.
Steven also began appearing in reality shows, and in 2016, he rejoined Guns N’ Roses after a sixteen-year hiatus.

Steven has received numerous honors and applause from his fans over the course of his musical career, but his most notable triumph is performing with Guns N’ Roses at the Rock and Roll Hall of Fame on April 14, 2012. That night was unforgettable for all music fans, and Adler stated that it seemed like a dream come true for him.

Steven Adler’s Salary and Net Worth

In comparison to other performers, Steven’s musical career has established him fairly effectively. He was not only a member of Guns N’ Roses, but he was also active in other activities such as reality programs, songwriting, and so on. Steven has a net worth of $20 million as of September 2022.