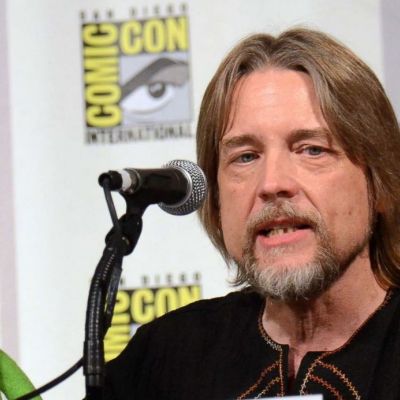 Steve Whitmire is well-known for portraying iconic characters such as Kermit the Frog and Ernie. He has also contributed to The Muppet Show and Sesame Street. After Jim Henderson’s death in 1990, he inherited the styles of Kermit, the frog, and Ernie. Steve has appeared in several films as a puppeteer and character voice-over artist.

He was born in Atlanta, Georgia, in 1959, and has loved puppets since he was a child. It was 1969 when he became obsessed with puppetry after watching the then-popular show Sesame Street. He also used to write letters to Jim Henson, the TV star puppeteer.

Steve also appeared in several films, the most notable of which was the Henson film “Labyrinth.” In the television special “The Christmas Toy,” he played the character “Mew.”

In the 1990s, Steve played a variety of characters on the popular television show Dinosaurs. He also appeared as Jake, one of the show’s lead characters, in “Jim Henson’s Animal Show with Stinky and Jake.”

Steve was chosen to play the iconic character of “Ernie” in 1993 when the Hensons decided to permanently recast the role. Steve began playing the character “Statler” in the early 2000s, alongside Dave Goelz, who played “Waldorf.” In 2017, he parted ways with the Henson family and “The Muppets.”

Steve Whitmire’s Salary and Net Worth

Steve Whitmire’s net worth is currently $12 million as of June 2022. He is best known for his portrayal of the iconic Jim Henson character Kermit the Frog. His most recent salary for the roles he played on the show was $2 million. Steve also worked in a pre-show at “Six Flags Over Georgia” where he was not paid and worked as an unpaid artist.

Steve’s main source of income was the popular characters he used to play while working with the Hensons, such as Kermit, Ernie, Statler, and Beaker.