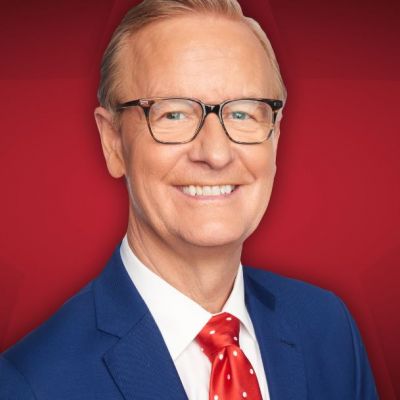 Steve Doocy is a top-selling American novelist who is best known as the co-host of Fox News’ “Fox and Friends.” According to President Trump, Steve Doocy’s broadcast is the “greatest morning show.” During the elections, he rose to popularity in news and reporting, and he continues to cover other political stories.

Steve Doocy was born Stephen James Doocy on October 19, 1966. His parents are James Edward, a sales and construction worker, and JoAnne, a homemaker. Steve Doocy was born in Algona, Iowa, but grew up in Abilene, Kansas. Steve Doocy’s educational background includes primary school in Salina, Industry, and Russell, junior high school in Wakefield, and high school in Clay Center, Kansas. He graduated from the University of Kansas, Lawrence, with a BS in Journalism.

Steve Doocy was a keen student who studied the broader scope of his work from the start. Perhaps this is why he became the first DJ for KJHK radio, his university’s very own radio station. Steve Doocy’s adventure began at this landmark and continued forward.

Kathy Gerrity Doocy is Steve Doocy’s wife. They are the parents of three children. Peter Doocy, one of their children, is a Fox News correspondent like his father. The family of Steve Doocy lives in Wyckoff, New Jersey.

Since the beginning of his career, Steve Doocy has hosted and reported on a variety of television shows. He has anchored CBS morning TV’s program and has co-hosted popular series such as “Wake Up America,” “Not Just News,” “Party with Steve Doocy,” and many others.

Among his notable works are feature reporting for WRC and the station division of NBC T.V. He began his career as a news reporter on numerous television stations in Kansas City, Topeka, Des Moines, and Wichita. He’s also been a live reporter on Dick Clark’s rockin’ New Year’s Eve party.

President Donald Trump had been involved with the show for many years before becoming President of the United States. The show and Steve Doocy both rose to prominence following the election of Donald Trump, who frequently promotes the programme.

The New York Times, on the other hand, lauded “Fox & Friends” as “the most powerful TV show in America.” President Trump has continued to watch the show and has frequently cited it on social media.

According to Mediaite.com, Steve Doocy and two other “Fox & Friends” co-hosts are the most important personalities in the whole broadcast, printed, and web media sphere in 2017.

Steve Doocy, in addition to being a famous figure in reporting and media, has also written two New York Times Bestsellers, “The Mr and Mrs Happy Handbook” and “Tales from the Dad.”

Steve Doocy has also produced “The Anna Nicole Show,” “The Newscenter,” and “The People’s Court” (1981). Steve Doocy had received multiple Emmy awards as well as a large fan base during his six years with WRC.

Steve Doocy’s Salary and Net Worth

Steve Doocy earns $500,000 per year and has a net worth of $3 million as of June 2022. Steve Doocy had embarked on his journey to prove his worth to the world years before. Someone properly stated that if you are on the right path, even if you sit on it, the road will lead you to your destiny.