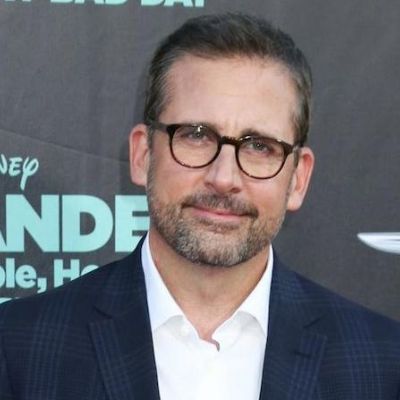 Steve Carell is a well-known American actor best recognized for his portrayal of Michael Scott in the television series ‘The Office.’ He’s also a writer, director, producer, and comedian. He worked as a correspondent for ‘The Daily Show with Jon Stewart’ from 1999 to 2005. Carell has appeared in numerous films, including “Evan Almighty,” “Crazy, Stupid, Love,” “The 40-Year-Old Virgin,” “The Way, Way Back,” and “Little Miss Sunshine.”

Steven John Carell was born in Concord, Massachusetts, on August 16, 1962, to Harriet Theresa and Edwin A. Carell. He was raised in Acton, Massachusetts.

He attended numerous schools, including Nashoba Brooks. Denison University in Granville, Ohio, awarded him a bachelor’s degree in history in 1984. He was a student at Burpee’s Seedy Theatrical Company.

Earlier in his career, Steve Carell worked as a mail carrier. He began appearing in Brown’s Chicken commercials in 1989. He used to be a member of the Chicago ensemble known as ‘The Second City.’ He made his film debut in 1991 with the picture Curly Sue.’

Carell appeared in the films Tomorrow Night’ and ‘Homegrown’ in 1998. He later appeared in the 2003 picture ‘Bruce Almighty.’ ‘Anchorman: The Legend of Ron Burgundy,’ ‘Sleepover,’ ‘Melinda and Melinda,’ ‘Bewitched,’ ‘The 40-Year-Old Virgin,’ ‘Little Miss Sunshine,’ ‘Knocked Up,’ and ‘Stories USA’ are among his cinematic roles from the 2000s.

Other films in which he has appeared include ‘The Big Short,’ ‘Café Society,’ ‘Foxcatcher,’ and ‘Battle of the Sexes.’ He also provided voices for the films “Over the Hedge,’ ‘Horton Hears a Who!,’ ‘Despicable Me,’ and ‘Panic in the Mailroom.’

He became the writer for the television show ‘The Dana Carvey Show’ in 1996. He appeared on the TV shows ‘Saturday Night Live’ and ‘Over the Top’ in the 1990s. In 1999, he joined the cast of ‘The Daily Show.’ ‘The Office,’ ‘Watching Ellie,’ and ‘Web Therapy’ are among his other television credits.

Steve Carell was nominated for an Academy Award for Best Actor in 2014. He won a Golden Globe for his part in ‘The Office’ in 2005. He was also nominated for a BAFTA Award in 2014. He has gotten 10 Primetime Emmy Award nominations and three Screen Actors Guild Awards during his career. Carrell has received two Writers Guild of America awards out of five nominations.

Steve Carell married Nancy Walls in 1995. The couple has two children, Elisabeth and John, born in 2001 and 2004. He was raised as a Roman Catholic. Steve Martin, George Carlin, Bill Cosby, Peter Sellers, and John Cleese motivated him to become an actor.

Carell played goalkeeper for the Big Red hockey team for four years. He was also a disc jockey at WDUB, where he was known as “Sapphire Steve Carell.”

Steve Carell’s Salary and Net Worth

Steve Carell’s net worth is predicted to be more than $55 million as of June 2022. This money has come via his appearances in a variety of films and television series. Carell produced and starred in the films “Crazy, Stupid, Love” and “The Incredible Burt Wonderstone.” He has also performed in and produced the film “Get Smart.” He can next be seen in the films Beautiful Boy,’ ‘The Women of Marwen,’ and ‘Backseat.’ Carell is also the show’s creator, director, executive producer, and writer.

Steve Carell is widely regarded as one of the world’s most popular actors. He was honoured with a star on the Hollywood Walk of Fame for his contributions to acting. His fame led to his lending his voice to the computer games Outlaw Golf’ and ‘Despicable Me: The Game.’ Carell rose to prominence following the success of ‘The Office,’ and he now has a global following.