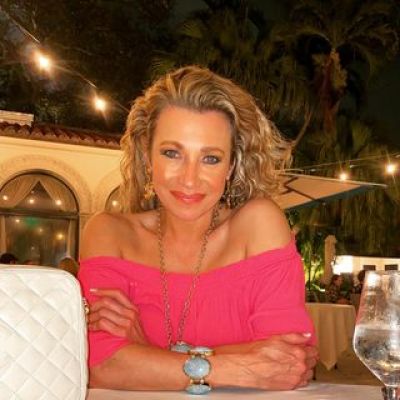 Stefani Schaefer is a journalist from the United States. She rose to prominence after appearing on the Fox 8 channel’s “The Morning” special.

Who is Stefani Schaefer? Stefani Schaefer was born on May 31, 1974, and she is 48 years old. Her zodiac sign is Gemini, as well. When it comes to her family, she grew up with a brother called Thommie. Thommie is also a California-based recording artist. Stefani hasn’t said much else about her family, including her parents and siblings.

Stefani attended St. Thomas Aquinas High School in Louisville, Kentucky, where she received her diploma. She then enrolled at Mount Union University in Alliance, Ohio. She majored in Journalism and Communication. Stefani was a National Collegiate Academic Honoree and an All-American Scholar.

What is Stefani Schaefer’s Height? At this time, Stefani’s exact body measurements are unavailable. Her height, weight, chest-waist-hip ratio, dress size, shoe size, and other factors are all being examined right now. She also has lovely blue eyes and blonde hair that complement her skin tone.

Schaefer is a journalist who works as an anchor. With her participation in The Morning Show, she grew in popularity. She is also Cleveland’s favorite anchor and has previously held the award of “Ohio’s Young Woman of the Year.” Furthermore, Stefani began her career at FOX 8 in 1992 and returned in 2003.

Stefani hosted a national network show that was broadcast from Universal Studios in Orlando, Florida, before returning to FOX 8. Currently, the anchor is a co-anchor on Fox 8 News The Morning with Wayne Dawson and Kristi Capel. She previously anchored a national network show that aired in Orlando’s Universal Studios. She was also the hostess of a Fashion Show and other events.

Stefani previously toured with her brother for a decade, from 1979 to 1989. Along with the Bob Hope USO Troupe, the siblings toured the country together. Then, in 1983, they had their own presentation at Aurora, Ohio’s Geauga Lake Amusement Park. Barbara Mandrell, The Oak Ridge Boys, Chubby Checker, and Alabama all performed with the siblings-duo.

Stefani has also graced the covers of Cleveland Magazine’s Millennium issue as well as Celebrity Working Mothers. She was also named to Cleveland magazine’s “Most Interesting People of 2000” list.

Stefani has received several accolades. The 1989 Ohio Governor’s Choice Award and Ohio’s Junior Miss / Young Woman of the Year are two of them. Cleveland called her one of its Favorite News Anchors and Favorite News Team in 2012. In addition, she was ranked first in Cleveland for her social media engagement. On September 14, 2008, she was also inducted into the Broadcasters Hall of Fame.

Stefani confidently declares that becoming the mother of her children Siena and Race is her greatest accomplishment in life. Gunner, Millie, Marco, Polo, and Lola, as well as several hundred fish and other critters, share their home with them.

Who is Stefani Schaefer’s Boyfriend? Stefani Schaefer is a married woman with Roger Schaefer as her husband. Siena and Race, the couple’s two children, were born to them. The four-person family is happily married, and there have been no allegations or controversies about the family’s extramarital affairs.

Stefani has also kept a low profile, avoiding any rumors, controversies, or scandals that might jeopardize her personal life or professional career. Stefani made headlines when her husband was involved in a tragic accident. Roger has since made a full recovery, and the family is living happily ever after.

Stefani has personal accounts on many sites when it comes to her social media presence. She started using Twitter in September 2011 and now has over 18 thousand followers. Similarly, she has 44.2k Instagram followers since posting 4,306 times. Stefani has 134.3k fans on her official Facebook profile.

Stefani Schaefer’s Income And Net Worth

How much is Stefani Schaefer’s Income? Moving on, Stephanie’s net worth has yet to be verified. Some sources, however, put the figure at about $500,000. She makes about $45,000 a year as an anchor.