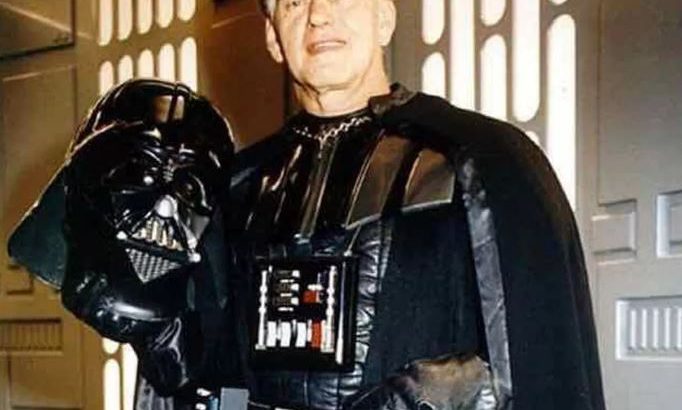 Star Wars is one of the biggest sci-fi franchises with millions of fans. Unfortunately, fans of the franchise faced terrible news when they heard the death of the actor who originally played the loved villain, Darth Vader. David Prowse might be the one people heard but he was the one fans originally saw as Darth Vader.

Before playing the role of Darth Vader, David was an established bodybuilder and prominent figure in the United Kingdom as the Green Cross Man. Learn more on David Prowse’s cause of death, net worth, married, wife, children, and much more.

David Prowse Cause of Death/Funeral

David Prowse, a bodybuilder turned actor, sadly passed away on 28th November 2020 at age 85. Sadly, his death is reportedly from an unspecified illness. His daughter announced the tragic death to the UK newspaper. Moreover, his management company also announced the news on social media writing,

Following his death, many of his co-cast from Star Wars came forward to share their thoughts and prayer to the dead actor.

For now, David’s family has not shared anything regarding his funeral. However, we will be sure to update you on his funeral in the coming days.

How Much is David Prowse Net Worth?

Before becoming an actor, David was a bodybuilder and won the British heavyweight weightlifting championship in 1962 and the two following years. He was also a fitness consultant to Harrods. Likewise, he had his first acting credit as a bodyguard, Julian in A Clockwork Orange. Later, he appeared in Vampire Circus, Doctor Who, Black Snake, White Cargo, and Callan. However, he is best known for playing the physical form of Darth Vader in the original Star Wars trilogy. His character was voiced by James Earl Jones.

Moreover, he reprised his role for the video games Star Wars: The Interactive Video Board Games and Monopoly Star Wars. Likewise, he was also known for playing Green Cross Code man in a series of British road safety advertisements. His last few appearances were on Elstree 1976, I Am Your Father, and Jayce Lewis- “Shields”. Before his death, the actor held a net worth of $3 million.

Who Was David Prowse Married to?

Before his death, David was married to his beautiful wife, Norma Scammell. The couple first met at the Glen dance hall in Bristol, where David worked as a bounced. Likewise, the pair tied the knot in 1963 and moved to Croydon.

Likewise, the duo also shared three children, who led a very private life. Before David’s death, the married pair lived in London together.

David Charles Prowse was born on 28th November 2020, in London, England, and was 85 years old at the time of his death. There is not much information on his parents but he had a brother, Bob Prowse. He grew up in Bristol and earned a scholarship to Bristol Grammar School.

He held British nationality and came from White ethnicity. David had a height of 6 feet and 6 inches.