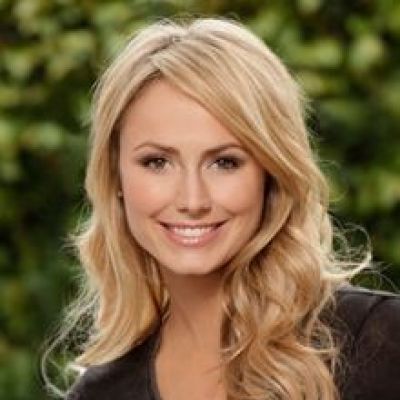 Stacy Ann-Marie Keibler is an all-arounder who has made a name for herself in the film, dance, and wrestling industries. She was a cheerleader and model in her early days, in addition to her other work routes.

Stacy Ann-Marie Keibler (Stacy Keibler) was born in Rosedale, Maryland on October 14, 1979, to Patricia Keibler and Gary Keiblier. She is the couple’s only child.

Her father, Gary Keibler, is currently the President of Keibler Associates INC, but her mother’s identity is unknown. Her parents also reside in Kentucky, USA.

Stacy has always been interested in dancing and modelling. She has been taking ballet, jazz, and tap dancing lessons at the Jean Kettell Studio of Dance in Dundalk, Maryland since she was three years old. Keibler began modelling when she was six years old and has since been in several national commercials.

Stacy received her education at St. Clement Mary Hofbauer School in Rosedale. In 1990, while a student at her school, she was crowned Miss Maryland Pre-Teen.

Keibler, likewise, went on to attend The Catholic High School of Baltimore, a private all-girls school. She then attended Towson University on a partial scholarship and majored in public communication.

She received a 3.7-grade point average in her subject. Concurrently, she developed a strong interest in extracurricular activities. She then became a cheerleader for the famed football club, the Baltimore Ravens, when she was eighteen years old.

Stacy Keibler stands at 5 feet and 11 inches tall. Her bodyweight is 59 kg. Her eye color is brown. Stacy Keibler’s other body measurements are unknown.

Stacy worked as the Fitness Editor for Stuff magazine in 2005 and 2006. She authored and modelled for her own column, Getting Fit with Stacy Keibler, while she was the editor.

Later, in 2008, she was ranked No. 89 on Maxim’s annual Hot 100 list. Not to mention that Playboy was interested in her; yet, Keibler rebuffed both offers from the magazine to pose naked.

In addition, the model stated in 2013 that she had leg insurance. She stated that she had done it for a long time, and by 2011, she had covered 41 and a half inches of her legs.

Rather, with extensive dancing experience, she competed in the second season of Dancing with the Stars with her dance partner, Tony Dovolani.

In week five, Keibler and her partner achieved a perfect score of 30 from the judges for their performance of the samba dance routine.

Stacy Keibler has starred twice on the popular MTV show Punk’d. During her appearance, she assisted in the pranking of WWE star Triple H. During the seventh season, however, she was the one who was pranked by her then-boyfriend, Geoff Stults.

In 2007, she had a recurring role as Brian’s new neighbour and love interest on ABC’s What About Brian. This was her first significant acting role.

Her acting career took off when she featured as a guest performer on ABC’s George Lopez, as well as in The Comebacks and the drama October Road.

She also played “the hot bartender” in the hit program How I Met Your Mother, which was followed by another show, Psych.

Stacy Keibler also presented the Supermarket Superstar show, in which several home chefs fought for the opportunity to sell their food in supermarkets.

After seeing a wrestling performance with her then-boyfriend, she ultimately entered a countrywide contest run by World Championship Wrestling in 1999 to find a new member of the Nitro Girls dance team.

Stacy was voted the contest’s winner after earning the most online votes out of all 300 candidates. On WCW’s flagship show, Monday Nitro, she performed dance routines as Skye every week.

She attended full-time school and rooted for the famous football team, the Baltimore Ravens, in addition to her appearance on WCW.

After gaining valuable experience, the stunning Keibler accepted the larger role of valet under the stage name Miss Hancock, working as an associate for the tag team.

Furthermore, Keibler’s persona was known for climbing on top of the announcers’ table and sensually dancing. During her performance, she made her famous ring entrance, slowly placing her forty-two-inch legs through the second tier of ropes and pausing to let the audience see her underpants.

Later, Stacy joined forces with others such as Torrie Wilson to fight Lita and Trish Stratus. Keibler has collaborated with other wrestlers and participated in many storylines.

Stacy flew throughout the world with the WWE, performing at sold-out performances in Australia, England, and Japan. Simultaneously, she resumed her acting career by featuring in the program “Bubble Boy.”

In October 2004, she was honoured at the Women’s Championship title match. She did, however, lose the title to Stratus.

Keibler was brought back to SmackDown! alongside Christy Hemme as part of a deal with Torrie Wilson and Candice Michelle from Raw. After a little hiatus, she resumed her shooting feud with Jillian Hall. They had a velocity match, and Jillian defeated Keibler. This was Stacy Keibler’s final match for WWE.

Although Keibler was no longer a member of the WWE, she appeared as a special guest on WWE’s reality show Tough Enough.

Stacy Keibler’s Salary and Net Worth

Stacy Keibler, a former professional wrestler, has a net worth of $25 million as of 2022. Her earnings are primarily derived from her wrestling career. Her other pursuits as a dancer, model, and actress, however, contribute to her net worth.

Kris Cumberland, Keibler’s boyfriend, got her interested in wrestling and took her to WCW and WWF events. They split up in 1999, and she later dated David Flair during her tenure in WCW.

She dated her WWF/WWF partner, Andrew Test Martin, from 2001 to 2005. Later that month, she was dating actor Geoff Stults, with whom she starred on MTV’s Punk’d.

Stacy Keibler has been dating Futur Ads CEO Jared Pobre since 2013. They married in March of 2014, so they’ve been married for eight years. The couple is the proud parents of a lovely kid. Ava, their first child, was born on August 20, 2014. They have one boy, Bodhi Brooks, who was born on June 13, 2018, in addition to their daughter.

Despite her retirement, Stacy Keibler is still well-liked and has followers all over the world. The former diva is active on social media platforms such as Instagram.

Similarly, she has a large number of fans, and one may follow her on social media to learn about her lifestyle and family. Keibler informs her fans of her family’s activities and other noteworthy events.