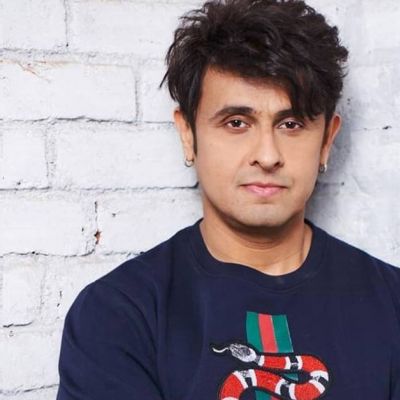 Sonu Nigam is a well-known Indian singer, music director, and actor who has hundreds of hit songs to his credit.

Sonu Nigam grew up in the lanes of Faridabad, Haryana, India, the son of Agam Kumar Nigam and Shobha Nigam. Nikita Nigam, Meenal Nigam, and Teesha Nigam are his three siblings. His father was born in Agra.

Sonu Nigam began singing at an early age, and at the age of four, he performed Mohammed Rafi’s iconic song “Kya Huya Tera Wada” on stage with his father. Since then, he has been accompanying his father to numerous events such as weddings and parties. 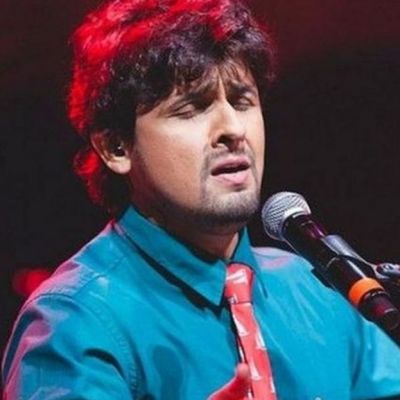 Sonu Nigam is a well-known Bollywood singer and music director who is well-known for his romantic, rock, devotional, ghazal, and patriotic songs. His songs are available in Hindi, Odia, Tamil, Telugu, Nepali, Marathi, Kannada, Bhojpuri, English, Malayalam, and Manipuri. He had a number of pop and Buddhist records to his credit. He’s also performed in Europe, Africa, North America, and Australia.

In 1993, he made his debut with the song “O Aasman Wale” from the film Aja Meri Jaan. “Rafi ki Yaadien,” his debut album, was released this year. Following that, he sang songs from prominent films like ‘Hulchul,’ ‘Gaddar,’ ‘Hero No.1’, ‘Muqabla,’ ‘Kasam Teri Kasam,’ ‘Veerta,’ ‘Cheetah,’ ‘Jaanwar,’ ‘Sooryavansham,’ ‘Himmatwar,’ ‘Aur Pyaar Ho Gaya

He has over 5000 successful songs to his credit and is known as “Modern Rafi.” He appeared as a judge in the music reality show ‘Sa Re Ga Ma Pa Lil Champs International’ in October 2007. On December 12, 2009, he served as a celebrity judge on the Sa re Ga Ma Pa Mega Grand finale. In 2002, he hosted the show “Kisme Kitna Hai Dum.” He has also appeared in other popular films, including ‘Jaani Dushman- Ek Anokhee Kahani.’

Sonu Nigam is popular with the crowd. He is known as “The Lord of Chords,” “Master of Melody,” and “Modern Rafi.” He was acclaimed for his melodic voice, winning the Filmfare Award for Best Male Playback Singer for his songs in ‘Kal Ho Na Ho and ‘Saathiya’ in 2003 and 2004.

In 2005, he got the National Film Award for Best Male Playback Singer for his song in the film ‘Kal Ho Na Ho.’ He has received numerous honors, including the Zee Cine Award for his song “Abhi Mujhme Kahin.” He is regarded as one of Bollywood’s best male singers.

On February 15, 2002, he married Madhurima Nigam. There have been no reports of marital issues, and he is not linked with or dating any other women. As a result, they might be considered one Happy Married Couple. On July 25, 2007, they gave birth to Nevaan Nigam, Sonu Nigam’s son.

He called his baby Neevan, which means “Holy,” much like music is holy to him. Jeevan Nigam appeared alongside Dhanush in the hit song “Why This Kolaveri Di.” Sonu Nigam’s son is considered to inherit his father’s sweet voice.

Sonu Nigam’s Salary and Net Worth

Nigam costs between Rs. 10-15 lakhs for a single song. His earnings are primarily derived from the songs he writes and directs. His net worth is estimated to be around $60 million as of January 2023.