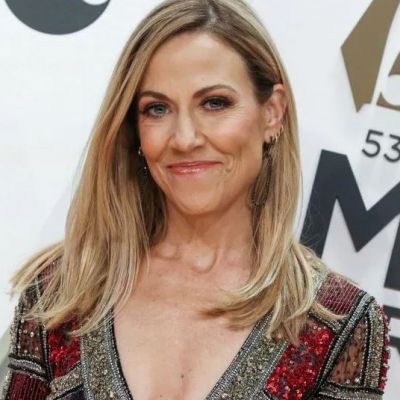 Sheryl Crow is a singer-songwriter and actress best known for releasing ten studio albums, one live album, and two compilations.

Sheryl Crow was born in 1962 to Bernice Crow, a piano teacher, and Wendell Wyatt Crow, a lawyer, and a trumpet player. Kennett, Missouri, is where she was born. Charles A. Crow, the actress’s great-grandfather, was a congressman.

She has two older sisters, Karen and Kathy, as well as one younger brother, Steven. She was a majorette and an all-state track athlete at Kennett High School, where she medaled in the 75-meter low hurdles.

She began her career as a music tutor at the Kellison elementary school in Fenton, Missouri. She accepted this position after graduating from the University of Missouri. Teaching back then allowed her to sing in bands on weekends.

Crow also appeared in a short-lived Steven Bochco drama called Cop Rock in 1990. The singer’s song “Heal Somebody” was featured in the film Bright Angel the same year.

Sheryl Crow’s Income And Net Worth

Sheryl Crow’s net worth is estimated to be $45 million. She made the majority of her money as a singer and musician.

She began her career as a singer of commercial jingles for companies such as McDonald’s and Toyota at a young age. Soon after, the singer traveled as a backup singer on Michael Jackson’s “Bad World” tour from 1987 to 1989, increasing her earnings.

Sheryl Crow had a brief romance with legendary musician Eric Clapton, 17 years her senior. The relationship didn’t last long, but it was said to be the inspiration for her hit song “My Favorite Mistake,” about a philandering ex-boyfriend.