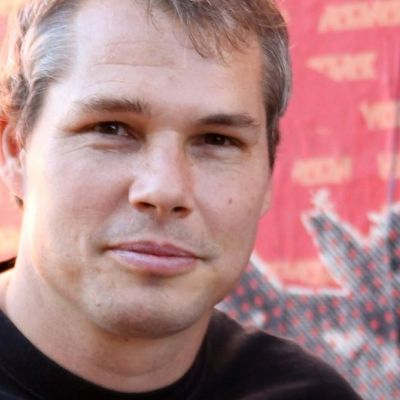 Shepard Fairey is a graphic designer, modern street artist, illustrator, activist, and the founder of OBEY Clothing in the United States.

Shepard Frank Shepard Fairey was born in Charleston, South Carolina. His father, Strait Fairey, is a doctor, and his mother, Charlotte, used to be a realtor. From his boyhood, he had a creative imagination. When he was a teenager, he used to experiment with art by putting his creations on T-shirts and skateboards. When he was older, he enjoyed decorating public spaces by pasting his creations (posters) with water and wheat flour paste.

Shepard studied at the prestigious Idyllwild School of Arts and Music in Idyllwild, California. He attended the Rhode Island School of Design after graduating in 1988. He worked part-time in a skateboarding store.

He launched his first company, Alternate Graphics, in 1992. He was a student at RISD at the time. In 1994, he met US filmmaker Helen Stickler, who collaborated with him on a short documentary film titled ‘Andre the Giant Has a Posse.’ It debuted at the 1995 New York Underground Film Festival.

Shepard and his wife established a “Studio Number One” design firm in 2003. This company creates book and CD covers. So far, they’ve designed the poster for the film ‘Walk the Line,’ as well as the cover for the music CD Monkey Business.’ Shepard was also part of the “Be the Revolution” street art campaign in 2004.

Shepard created the incredible Barack Obama “Hope” poster, which became extremely famous during the 2008 Presidential elections. The poster was published in the book ‘Art For Obama: Designing Manifest Hope and the Campaign for Change (2009).

Shepard received the Brit Insurance Design Award in 2009 for the iconic “Hope” poster commemorating President Barack Obama’s inauguration. In 2010, he was named the recipient of the “AS220 Free Culture Award.”

Shepard created the entire design for The Creek South Beach’s “Obey Giant room.” He has designed the covers for publications such as The Making of Bitter Tears, Russell Brand’s autobiography “Booky Wook 2,” and a Heartbeat and A Guitar: Johnny Cash, as well as the albums “Must B 21” and “Smashing Pumpkins.”

Tony Hawk’s Underground Two video game incorporates Shepard’s famed “Obey logo.” It has gotten him a lot of attention from individuals all over the world.

He works as a Disco Jockey at various clubs as “DJ Diabetes and Emcee Insulin” in addition to being a successful graphic designer. Shepard is a Type 1 diabetic patient.

Shepard is well-known for its humanitarian efforts. He has supported groups such as the ACLU, the Chiapas Relief Fund, the Art of Elysium, and Feeding America. Following his Obama campaign, Fairey donated the revenues from the sale of his posters to Feeding America and the ACLU.

Obey Clothing established “The Obey Awareness Program” in 2007 to expand its humanitarian endeavors. With this concept, he sells specially produced vegetables while donating all revenues to hand-picked non-profit organizations. He has contributed his beautiful T-shirts to benefit underprivileged children and orphans all over the world.

Shepard Fairey’s Salary and Net Worth

Based on his sources of income, his net worth is predicted to be over $18 million as of September 2022.