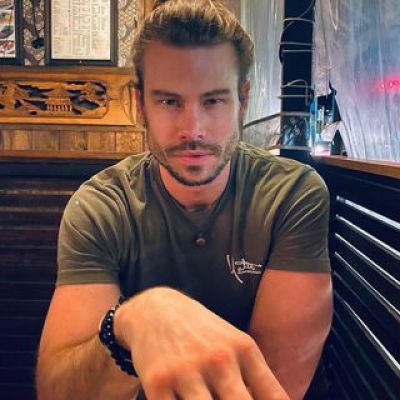 Shel Rasten is an actress, musician, and guitarist from the United States. Shel Rasten’s debut album, Happy Tuesday, was released in 2015. In addition, he has appeared in television shows such as Baskets, Workaholics, and CSI Crime Scene Investigation.

Who is Shel Rasten? Shel Rasten was born in the United States of America on March 31, 1982. He is 39 years old and belongs to the Aries zodiac sign. He is an American citizen. Kjell Rasten is Shel’s dad, and Charo is Shel’s mother. His father is a filmmaker as well as a production manager, and his mother is a well-known pop singer. Kjell is also known for his involvement with the International Championship of Magic, ABC Late Night, and Robert Young with the Young. Shel’s father, unfortunately, died on February 18, 2019, in Beverly Hills, California. Charo is also a dancer and a comedian who has had success with songs such as Dance A Little Bit Closer. Shel received his education and qualifications from the Lee Strasberg Theatre and Film Institute in New York.

What is Shel Rasten’s Height? Shel Rasten stands 5 feet 6 inches tall and weighs 62 kilograms. However, his other body measurements, such as his chest, waist, hips, and biceps, are currently unavailable. Shel has dark hair and brown eyes as well.

Shel Rasten’s career did not take off right away, despite the fact that he was born with the silver spoon. His struggle began in 2002 when he was cast in a few minor roles. And, in the beginning, his work was not particularly well-known. His first big break came in 2005 when he was cast in the Comedy Central Roast of Pamela Anderson. Despite the fact that it was a small documentary, Shel was spotted right there.

Following that, Shel Rasten started to receive a variety of works. In 2013, as an actor, his short film “The Boulevard” was well received by the public. To add to the allure, “FAMOUS” was also one of his output works. Without a doubt, he seems to enjoy experimenting with new ideas. However, in terms of a pure acting career, “CSI: Miami” catapulted him to stardom. Following this appearance, the actor had recurring roles in films such as Linked, Detention, Bird Dog, Workaholics, and others.

Shel Rasten has appeared in a number of films and television shows throughout the course of his career. Similarly, the celebrity’s most recent work, Sharknado 5: Global Swarming, was released in 2017. It’s a television film in which he plays the prince. In addition, in the year 2016, he appeared as a farm boy in the comedy-drama television series “Baskets.” The series was also nominated for a Primetime Emmy Award.

Who is Shel Rasten’s Girlfriend? Shel Rasten is probably single right now, and he seems to be more concerned with his career and acting than with dating. He has a wide range of abilities. One of his stronger skills is keeping personal information out of the media’s hands. As a result, there isn’t much information about his love interest. Or maybe he prefers to keep his personal and romantic life out of the spotlight. In addition, he has never been seen with a woman in any of the cases.

Shel Rasten goes by the handle “@telendril” on Instagram. On his Instagram profile, he has posted 49 times so far. He has also amassed 3.5K followers on it. Shel also has a YouTube channel called “@shelrasten.” He has 142 subscribers on his YouTube channel. On his YouTube channel, Rasten shares some of his songs as well as stories from his life and travels.

Shel Rasten’s Income And Net Worth

How much is Shel Rasten’s Income? In terms of Shel’s profits and taxes, tv show stars estimate that he has a net worth of $12 million. He works as an actor, journalist, producer, musician, and a variety of other things.