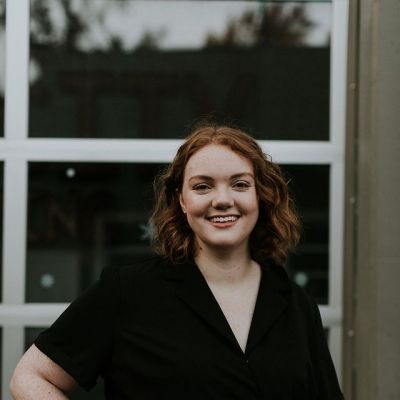 Shannon Purser is a talented actress from the United States. The actress was nominated for a Primetime Emmy Award for Outstanding Guest Actress in a Drama Series for her role as Barbara “Barb” Holland in the Netflix drama series “Stranger Things.” She’s also known for her role as Ethel Muggs in the teen drama TV series “Riverdale,” which is based on Archie Comics. She is also a well-known singer who has recorded covers of popular songs such as Jimmy Eat World’s Hear You Me and Imagine Dragon’s Radioactive. She has also acted as a voice actress, voicing the song Sunflower in the 2018 film “Sierra Burgess Is a Loser.” Her ability to articulate sensitive issues such as mental health has further endeared her to fans, especially among youths.

Who is Shannon Purser? Shannon Purser, Shannon’s birth name, was born on June 27, 1997, in Atlanta, Georgia, United States. She is now 23 years old. Her father is an airline pilot, and her mother is a flight attendant. Her younger sister was her companion when she grew up. Cancer is her zodiac sign. Purser is of white ethnicity and is of American nationality. Her ancestors are of English descent. Rather than attending conventional high school, Shannon chose to study traditional approaches at home with a home-school co-op, which consisted of a mix of classes and work at home. After graduating from high school, she enrolled at Kennesaw State University. She used to work at a movie theater in her hometown of Roswell, Georgia, for the sake of freedom, but she left to pursue her childhood dream of acting.

What is Shannon Purser’s Height? Shannon is 5 feet 9 inches (1.75 meters) tall and weighs about 80 kilograms (176 lbs). Furthermore, her hair is ginger blonde, and her eyes are hazel. Her freckled face is one of her most distinguishing features.

Purser made her acting debut in the Netflix science fiction drama series “Stranger Things” as Barbara Holland, an intelligent and vocal girl who is Nancy Wheeler’s (Natalia Dyer) best friend. Her breakthrough role was the start of her career. Despite her minor appearance, she was hailed as one of the series’ most memorable characters by many publications. This was the role that catapulted her to international fame and acclaim. The actress was nominated for a Primetime Emmy Award for “Outstanding Guest Actress in a Drama Series” for her role in “Stranger Things.”

Shannon appeared as Ethel Muggs in The CW’s teen drama Riverdale in 2017. The actress landed the title role in the film “Sierra Burgess Is a Loser” while working on “Riverdale.” She pursued her career without looking back, seizing opportunities as they presented themselves, including a minor role in the comedy film “Life of the Party.” You may recognize her from her role as Annabelle Bowman, a member of the Stanton High drama troupe, in the play “Rose.”

She had also read the audiobook of “Leah on the Offbeat” to diversify her career in the entertainment industry. As of June Acosta, she had starred in the film “Wish Upon” in 2017. From 2018 to 2019, she also voiced Shannon Thunder in four episodes of “Final Space.” She also expressed herself in a podcast named “Day by Day” at the 2020 event “Winnie, Betty, and…”

Shannon promotes many products and brands on social media, including Lane Bryant, Caterina Jewelry, Aldo Shoes, and Eloquii. She also wrote a piece for Teen Vogue in March 2018, in which she discussed her own experiences with OCD and Suicidal Ideation in stressful circumstances.

Shannon has worked in the entertainment industry for four years and has appeared in a number of films and television shows. She has only been nominated for one award, and she has yet to win one. In 2017, she was nominated for a Primetime Emmy Award for “Outstanding Guest Actress in a Drama Series” for her role in “Stranger Things.”

Who is Shannon Purser’s Boyfriend? The professional actress is also a self-taught artist who enjoys music and has performed cover songs. She frequently uses her social media to raise awareness of mental health and anxiety problems. She announced that she is bisexual in a Twitter post on April 18, 2017.

Shannon Purser’s Income And Net Worth

How much does Shannon Purser worth? Shannon has a lavish lifestyle. She is a well-known actress who has amassed a substantial fortune in addition to her celebrity. Purser’s current assets range from $1 million to $5 million.