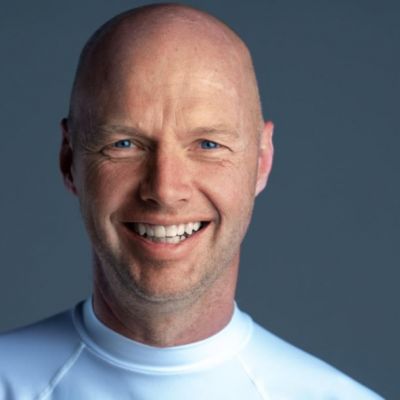 Sebastian Thrun is a computer scientist, entrepreneur, and educator. He is the CEO of Kitty Hawk Corporation.

In 1995, he began working as a research computer scientist in the Computer Science Department at Carnegie Mellon University (CMU). In 1998, he became an assistant professor and co-director of CMU’s Robot Learning Laboratory. As a member of the CMU faculty, he co-founded the Master’s Program in Automated Learning and Discovery, which later evolved into a Ph.D. program in the broad area of machine learning and scientific discovery.

In 2001, Thrun spent a year on leave at Stanford University. He returned to CMU as the endowed Finmeccanica Associate Professor of Computer Science and Robotics.

Thrun left CMU in July 2003 to become an associate professor at Stanford University, and he was named director of SAIL in January 2004. From 2007 to 2011, Thrun was Stanford’s complete computer science and electrical engineering professor. On April 1, 2011, Thrun resigned from Stanford to become a Google Fellow.

On January 23, 2012, he co-founded Udacity, an online private educational company. He was a Google VP and Fellow working to develop Google’s driverless car system. Thrun was interviewed for the documentary Do You Have Faith in This Computer? Which was released in 2018.

Thrun is well-known for creating several autonomous robotic devices. In 1994, he co-founded the Rhino project at the University of Bonn with his Ph.D. thesis advisor, Armin B. Cremers. Thrun and his colleagues Wolfram Burgard and Dieter Fox created the world’s first robotic tour guide in 1997 at the Deutsches Museum Bonn (1997).

The Smithsonian Institution’s National Museum of American History in Washington, DC, deployed the follow-up robot “Minerva” in 1998, escorting tens of thousands of visitors over a two-week deployment. Thrun then established the CMU/Pitt Nursebot project, which placed an interactive humanoid robot in a nursing facility near Pittsburgh, Pennsylvania.

Thrun’s most notable contributions to robotics are his theoretical contributions. He made a name for himself in probabilistic robotics, which combines statistics and robotics. He and his research group made significant advances in mobile robot localization, mapping (SLAM), and control. Since then, probabilistic approaches to robotics have become commonplace and are used in a wide range of commercial applications.

Sebastian Thrun’s Salary and Net Worth

Sebastian Thrun is one of the world’s most popular computer scientists, if not the most popular. He has worked for some large corporations, such as Google, and has accomplished a great deal while there.

Even after going it alone, Thrun has established himself as one of the best in the business. With such achievements, Thrun has secured an estimated net worth of $20 million as of June 2022.