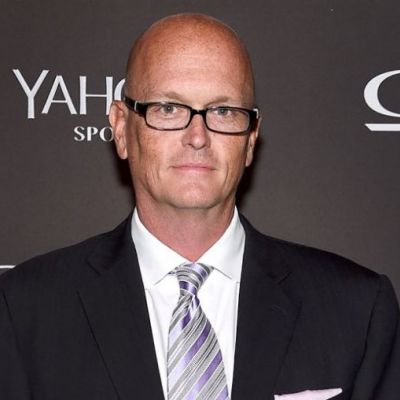 Scott Van Pelt, an American sportscaster, and host of the Sports Talk Show has made a name for himself as an ESPN commentator, anchor, and correspondent. Van Pelt has worked with ESPN since 2001 and has hosted a number of golf events for the network. He has a large fan base as a result of his involvement with a number of well-known radio and television shows. He is currently regarded as one of the best golf correspondents in the world. He is currently the host of ESPN’s SportsCenter at Midnight.

Scott Van Pelt was born in 1966 in Brookeville, Maryland, and attended elementary school in Rockville, Maryland. After graduating from Sherwood High School, he enrolled at the University of Maryland, where he earned a degree in television, radio, and film. He consolidated his position as a golf reporter through hard work and dedication.

He began his journalistic career in sportscasting in 1990, when he accepted a position with the FOX affiliate station WTTG-TV in Washington, D.C. He joined the Golf Channel in 1994 and worked as a studio host for the channel until 2001.

He had become a well-known face in America by this point, but it wasn’t until 2001 that his career took a major and decisive turn when he joined ESPN as an anchor of SportsCenter. During his over 16-year tenure with ESPN, he has covered countless events and talk shows for the network. He has also covered major golf events such as the British Open, the PGA Championship, and the Masters.

Van Pelt, a well-known figure on the ESPN network, has made significant contributions to both ESPN television shows and radio talks. He was a cohost on the sports show ‘Tirico’ with Mike Tirico. Van Pelt has co-hosted a popular sports talk radio show, ‘SVP and Russillo,’ on ESPN Radio, and has co-anchored an episode of SportsCenter for ESPN. Van Pelt began his solo midnight edition of SportsCenter for the network in 2015. The midnight show is best known for its coverage of sporting events and Van Pelt’s commentary on major sporting events.

Scott Van Pelt has been nominated for several Sports Show Awards. In 2011 and 2016, he was nominated for a Sports Emmy Award for ‘Outstanding Sports Personality-Studio Host.’ His popularity on social networking sites has been steadily increasing.

Scott Van Pelt married his girlfriend Stephanie in 2011 after dating her for several years. He is not only happily married, but also the proud father of Lila, a 4-year-old daughter, and Sam Van Pelt, a 2-year-old son.