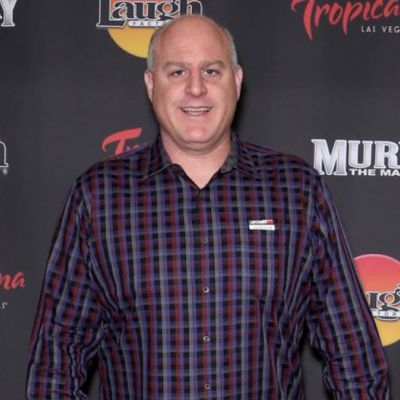 As email accounts became more prevalent in the 1990s, and marketers began to take advantage of the new form of mass communication, the channel stretched the technology and the medium’s bounds.

Scott was born on July 18, 1971, in Virginia, United States of America. However, his biography does not go into great detail about his birthplace, parents, or siblings.

Scott became well-known as one of the world’s largest email marketers, thanks in part to media coverage of several cases and also to his appearance on Comedy Central’s The Daily Show. This exposure increased his exposure, and many others became aware of his existence as a result.

Scott Richter’s entire life has revolved around technology. He has made a name for himself in the internet industry as the CEO of Media Breakaway, formerly known as OptInRealBig.com LLC. Affiliate.com and Dynamic Dolphin are two of his other linked businesses.

He has, however, generally gotten himself in trouble with the law, such as being accused of illegally obtaining people’s contact information and utilizing that information to send spam emails to their inboxes. As a result, he was sued by Microsoft, and he was forced to pay a $7 million settlement to settle the lawsuit.

Because his companies were large senders of Email spam, he was given the moniker “Spam King” at one point. He and his companies have been sued multiple times for sending unsolicited advertisements to clients.

Scott Richter is the CEO and founder of Media Breakaway, and he has had multiple run-ins with the law. Scott began his career in email marketing in 1999 when regulations were inconsistent. This means that most regions had their own rules, which did not always accord to or provide a clear framework for emailers to adhere to.

This resulted in a significant deal since many people were subjected to many legal actions. Scott Richter’s enterprises had a lot of work back then since they were sending out over a million marketing emails per day, making them one of the world’s largest email marketers.

Scott Richter was born in Virginia, United States, but nothing is known about him other than the fact that he is married to Nicola A. Belzer. At the present, no information on whether or not she has children is available. Scott quit email marketing a few years ago to pursue new challenges elsewhere.

He claims, however, that he learned a lot from the experience, including how to help enhance and shape emerging marketing channels, how to cope with legal concerns caused by inconsistent regulation, and how to harness popularity to successfully grow a business.

Scott Richter’s Salary and Net Worth

Scott Richter has advanced in the realm of media marketing, specializing primarily in email marketing. Being the CEO and founder of Media Breakaway LLC, which is a subsidiary of The Parking Place and others, is an honour.

His ventures have expanded to include several popular eateries in the Denver area. He just released The Big Jackpot Slot on YouTube. He has a net worth of roughly $15 million as of June 2022.

Scott Richter is a go-getter who does not appear to be easily swayed. Despite his numerous lawsuits, he challenged the authority by arguing that people can complain about regulation all they want, but a single set of regulations is critical to the growth of an industry.