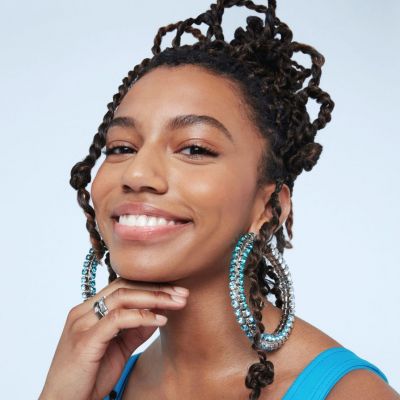 She is currently a student at New York University’s Tisch School of the Arts, where she is pursuing her acting training. She was cast before she had even finished her training.

Savannah Lee Smith (born in 2000 [Age: 20 years]) is a beautiful famous actress and model, best known for her show Gossip Girl, which premiered on July 8, 2021, and the actress is gaining a lot of attention for playing the role of Monet de Haan in the show. Josh Schwartz, Joshua Safran, and Stephanie Savage created this show.

Savannah had a strong interest in acting since childhood and aspired to be an actress. She is also pursuing acting training at a well-known university in order to realize her dream. She performs in a variety of theater and drama productions.

She was chosen for Gossip Girl 2021 based on her passion for acting as well as her mind-blowing abilities. It is her first performance. She is ecstatic about it because her character is pretty evil, makes people cry, and shows off. In a nutshell, she is the originator of all dramas. She is also a good singer and enjoys writing songs.

Savannah, a 20-year-old actress, may play the role of a sophisticated teen in the show Gossip Girl, but her sexual orientation is straight. Lee, on the other hand, has not revealed anything about her love life or boyfriend. It appears that the young artist is more concerned with her career than with finding a partner.