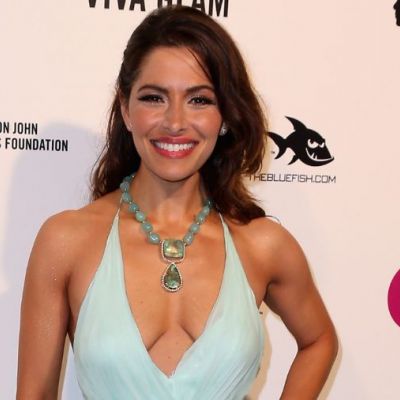 Sarah Shahi was born on January 10, 1980, in Euless, Texas, to parents Mah Monir Soroush Azar and Abbas Jahansouz Shahi. Her father is an Iranian interior designer. She has two siblings: Cyrus, her older brother, and Samantha, her younger sister.

In Texas, Shahi attended Trinity High School. She was the school’s basketball and volleyball captain. She went on to study English and theater at Southern Methodist University.

Shahi began her career as an extra in the film “Dr. T and the Women.” She appeared in the drama television series “The L Word” in 2005. She also appeared in a number of other television shows, including Dawson’s Creek, Supernatural, Alias, Reba, and many others.

In 2009, she starred in the television series “Facing Kate.” In the film Bullet to the Head, she also played Sylvester Stallone’s daughter.

She married the actor “Steve Howey” in Las Vegas in 2009. Sarah gave birth to their first child, “William Wolf Howey,” four months after their marriage. She gave birth to twins in March 2015 during an at-home water birth.

Sarah Shahi’s Salary and Net Worth

Sarah Shahi’s net worth is estimated to be more than $5 million as of July 2022. She amassed this fortune by appearing in a number of commercially successful television shows and films. “Chicago Fire,” “Person of Interest,” “Life,” “The L Word,” and many other popular television shows have featured Shahi. She was a member of the “Dallas Cowboys Cheerleaders” squad before becoming a television actress, which helped her accumulate some wealth.