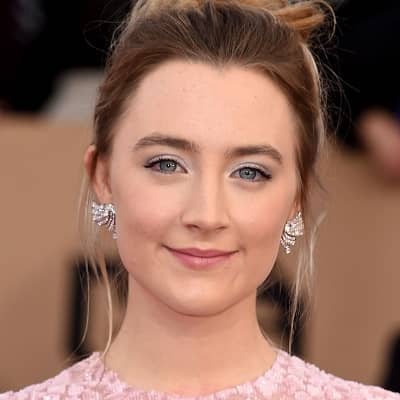 Saoirse Ronan is a successful Irish actress. She is known for her appearances in almost 30 films and TV dramas at such a young age.

Saoirse Ronan was born on April 12, 1994, and is now 27 years old. Her zodiac sign is Aries, and she comes from the Bronx neighborhood of New York City. Her mother’s name is Monica (née Brennan), and her father’s name is Paul Ronan. Both of her parents are from Dublin, Ireland. She holds dual citizenship as an American and an Irish person because she was born in the United States. Her middle name is also “Una.”

More specifically, her parents were undocumented immigrants. Her parents left Ireland during the 1980s recession. During their time in New York, the couple faced financial difficulties. The family later relocated to Dublin when Ronan was only three years old.

As a result, she spent some time growing up in Ardattin, County Carlow. She continued her education at Ardattin National School. She thereafter received private instruction at home. This personality then lived in Dublin with her parents in her early adolescence.

Ronan is a well-known young actress in her own right. People generally remember her for her parts in historical dramas. She has been in these dramas since she was a teenager. This actress has received numerous awards despite her early age. A Golden Globe Award and a Critics’ Choice Movie Award are also included. In addition, she has been nominated for five British Academy Film Awards, four Academy Awards, and four Screen Actors Guild Awards.

When it comes to the commencement of her acting career, this actress made her debut in 2003. It was with The Clinic, an Irish medical drama series. In 2007, she made her feature debut with I Could Never Be Your Woman. This young actress made her breakthrough with the 2007 film Atonement. The same role earned her an Academy Award nomination for “Best Supporting Actress.”

She went on to work on a variety of projects, including The Lovely Bones, Hanna, The Grand Budapest Hotel, and Brooklyn. Ronan starred as the title character in Lady Bird in 2017 and as Jo March in Little Women in 2019. She won a Golden Globe for Best Actress – Motion Picture Comedy or Musical for the former.

Then, in the year 2020, she co-starred in Ammonite with Kate Winslet. In addition, she played Abigail Williams in the 2016 Broadway revival of The Crucible. She is also set to play Lady Macbeth in the West End revival of The Tragedy of Macbeth in 2021. Similarly, Forbes recognized this young actress in two of its 30 Under 30 lists in 2016.

Ronan had three Oscar red carpet appearances under her belt when she signed a contract with Calvin Klein in 2018 to co-star with Lupita Nyong’o in a campaign for the company’s most recent perfume release, Calvin Klein Women.

Saoirse Ronan is romantically involved with Jack Lowden. The lovers first met while working on the film Mary Queen of Scots. The couple co-stars in the aforementioned film and has been romantically involved since 2018. Furthermore, the young actress splits her time between Dublin, London, and northern England.

When it comes to her social media presence, Saoirse Ronan avoids all platforms. In 2009, she did have a Twitter account. She later dropped it, citing the fact that self-promotion has always made her uncomfortable.

Furthermore, she has stated that social media is too much work and too stressful for her. As a result, over the last few years, she has developed a distant relationship with her phone and technology.

Saoirse Ronan’s Salary and Net Worth

Moving on, her net worth is estimated to be around $7 million US dollars. In January 2018, the young actress bought a home in Greystones, County Wicklow, and sold it in late 2019. Following that, she plans to buy a home in West Cork in late 2020.