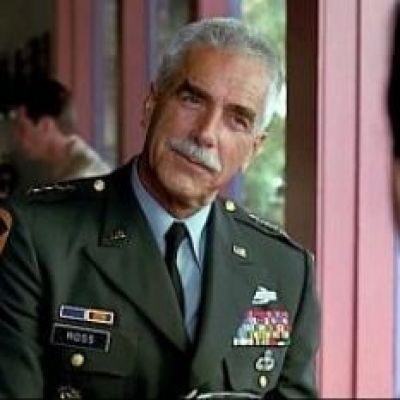 Sam Elliott is an actor from the United States who has worked in the film industry since 1967. This actor was guided by a strong sense of commitment to his actions, which led him to pursue a career in acting. He began his career as a stage artist in theaters, then as a character actor in films, before landing lead roles. Similarly, he is best known for his appearance as Thunderbolt Ross in the Marvel superhero film “Hulk” from 2003. He is a voice actor who has voiced over a variety of characters in addition to acting. In addition, he has narrated advertisements with his voice. For his acting work, Sam has won several nominations and awards.

Who is Sam Elliott? Sam’s real name is Samuel Pack Elliot, and he was born on August 9, 1944, in Sacramento, California. His father, Henry Nelson Elliott, was a Department of the Interior employee, and his mother, Glynn Mamie (née Sparks), was a physical training instructor. He is also 76 years old and belongs to the Leo zodiac sign. Sam Elliott is an American citizen of a White ethnicity. He is of Scottish and English ancestry. He is also descended from distant Dutch and Swiss ancestors. David Douglas High School was Sam Elliott’s alma mater. He then enrolled for a two-year course at Clark College in Vancouver. Similarly, he studied at the University of Oregon for a few years before dropping out.

Who is Sam Elliott’s Girlfriend? In terms of his personal life, he had a relationship with actress Katharine Ross in 1978. In 1984, they married. Cleo Rose Elliott, their daughter, was born on September 17, 1984, to this couple. She is a Malibu, California-based artist.

Sam Elliott made his television debut in the 1968 series “Felony Squad,” which aired from 1968 to 1969. In 1969, he also appeared in the films ‘Land of Giants,’ ‘The F.B.I.,’ ‘Judd, for the Defense,’ and ‘Lancer.’ The following year, he played Bryant in the television film “The Challenge.” In 1970, he played Dr. Douglas Robert in the film “Mission Impossible.” In the following years, he starred in series and television films such as ‘The Mod Squad,’ ‘Molly and Lawless John,’ ‘Mannix,’ ‘Doc Elliot,’ ‘Evel Knievel,’ ‘Police Woman,’ ‘Once an Eagle,’ and several others. Meanwhile, he played Sam Houston in the 1987 film “Gone to Texas,” which he also made. In 1991, he reprised his role as writer, producer, and actor in the film ‘Conagher,’ in which he played the title character.

He has starred in a number of television films between 1995 and 2010. ‘Buffalo Girls’ in 1995, ‘You Know My Name’ in 1999, where he also served as a director, and ‘November Christmas’ in 2010 are only a few of his notable roles. In 2012 and 2020, Sam played a variety of characters in the animated series “Robot Chicken.” Similarly, his next major role was as Avery Markham in the 2015 crime drama TV series “Justified.” Abby Miller, Joelle Carter, Army Ranger, Jacob Pitts, Kevin Rankin, Kaitlyn Dever, Margo Martindale, and others appeared alongside him on the phone. In addition, he starred as Beau Bennett in 2016 and directed the film ‘The Ranch,’ which ran until 2020. He also starred in the films ‘American Dad!’ and ‘Grace and Frankie’ in the same year. In 2019 and 2020, he will be seen in the series ‘Family Man.’

Sam also starred as General Thaddeus Ross in the Marvel superhero film ‘Hulk’ in 2003. He played Charley in ‘Off the Map’ and Lorne Lutch in ‘Thank you for Smoking’ over the next two years. Similarly, his other notable films include 2007’s ‘Ghost Rider,’ 2009’s ‘Up in the Air,’ and 2011’s ‘The Big Bang.’ Sam was nominated for a CFCA Award for his role as Bill in the 2015 film “I’ll See You in My Dreams.” In the same year, he also played Butch in the animated film “The Good Dinosaur.” In 2017, he had roles in three separate films, two of which included voice work.

Elliott is also known for his supporting role as Bobby Maine in the 2018 mega-hit musical romantic drama film “A Star Is Born.” He appeared alongside Bradley Cooper and Lady Gaga on the big screen. He received numerous awards and nominations for this role. His most recent appearance was in the film ‘Lady and the Tramp,’ in which he also had a voice role. In 2019, he lent his voice to the character Trusty.

Despite receiving several prestigious nominations, Sam has yet to win any of them. In 2015, he won the Critics’ Choice Television Awards for his appearance in “Justified.” In 2018, he also received the Georgia Film Critics Association Award for Best Supporting Actor in a Motion Picture for his role in “A Star Is Born.”

Sam Elliott’s Income And Net Worth

How much does Sam Elliott worth? Sam Elliott has worked in the film business for more than 50 years. As of 2020, his projected net worth is $10 million.