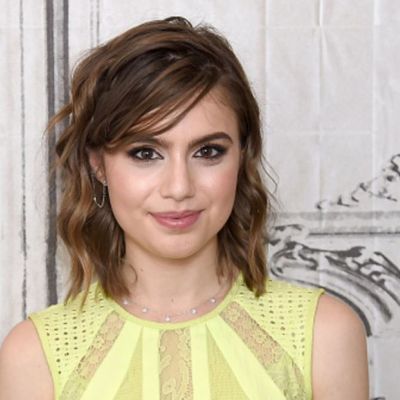 Sami Gayle is an American actress best known for her role as Nicole “Nicky” Reagan-Boyle, one of the Reagan clan’s youngest members, in the television series ‘Blue Bloods.’ The acting was not her first choice.

Samantha Gail Klitzman was born to Larry and Robin Klitzman on January 22, 1996, in Weston, Florida. Her childhood pal was Chad Klitzman, her brother.

She attended Everglades Elementary School before being homeschooled for a period of time. When her professional obligations became too demanding, she enrolled in an online virtual school system. Sami followed the ‘Advanced Placement (AP) program in all areas.

Sami was 11 years old when she enrolled in ‘Steps on Broadway,’ a renowned professional dance school on New York’s Upper West Side. She was discovered there while studying ballet and was offered a major Broadway role, which she turned down in order to attend her brother’s ‘Bar Mitzvah.’

Sami’s brother, Chad, felt sorry for her and became her agent, assisting her in landing roles in various theatre productions. Sami has appeared in a number of films, including ‘Billy Elliot’ and ‘Gypsy.’ She chose the latter because she couldn’t perform both stage’s plays simultaneously.

Sami’s career began with an off-Broadway revival of ‘Gypsy,’ a 1959 musical. She played a younger version of the character ‘June,’ which was based on actress June Havoc. She appeared in the show at the ‘City Centre’ and then on ‘Broadway.’

Following that, Sami appeared on Broadway in Dr. Seuss’ ‘How the Grinch Stole Christmas!,’ Jonathan Demme’s premiere production at the ‘MCC Theatre,’ and ‘Oohrah!,’ an off-Broadway play at the ‘Atlantic Theatre Company.’

Sami then appeared as ‘Hayden Lawson in three episodes of the CBS soap opera ‘As the World Turns’ (2009-2010). On CBS’ police procedural drama ‘Blue Bloods,’ she played ‘Nicole Reagan,’ the daughter of Assistant District Attorney Erin Reagan (Bridget Moynahan), who eventually became the first female cop in her family.

In 2011, Sami made her film debut as a naive prostitute named ‘Erica’ in the film Detachment.’ She then played ‘Sarah Wright in the animated science fiction film ‘The Congress,’ which premiered at the 2013 Cannes Film Festival. She then starred in the 2012 action crime thriller ‘Stolen’ (formerly known as ‘Medallion’) as ‘Alison Montgomery,’ a young girl dealing with abandonment issues.

Sami Gayle’s Salary and Net Worth

Sami is a well-known young actress who has made quite an impression on a global audience. Her performances are well-executed and effectively convey the story she intends to tell. There is no doubt that she rose to prominence after joining the cast of Blue Bloods.

With her acting career progressing so well, it is safe to assume that she is earning a good living from her many TV shows and movies. Sami’s net worth is estimated to be around $1 million as of June 2022.