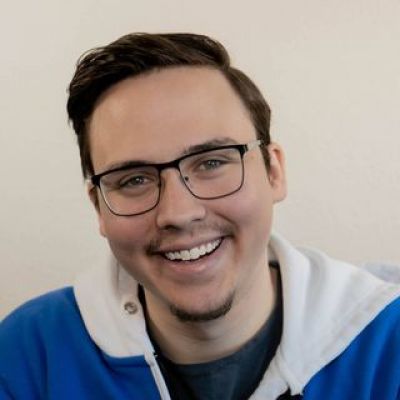 Who is Ryguyrocky? Ryguyrocky is a 25-year-old musician who was born on November 25, 1995. Ryan Damon is his real name. His zodiac sign is Sagittarius, and he is also from Boston, Massachusetts. When it comes to his family, Ryguyrocky grew up with two brothers. Apart from that, nothing is known about his brother’s or parents’ identities.

What is Ryguyrocky’s Height? Ryguyrocky is around 1.85 meters (6 feet) tall and weighs roughly 75 kilograms. Ryguyrocky, too, has brown hair and hazel eyes.

Ryguyrocky is a well-known Youtube content maker in his professional life. He is well-known as a YouTube star and Minecraft gamer. He rose to prominence by posting Minecraft Jurassic World, Minecraft Star Wars, and Minecraft Yandere roleplay videos.

Ryguyrocky’s YouTube channel has turned into a hub for mod demos, mini-games, and horror games. Ryguyrocky also has over 6,000 Twitch followers and maintains a famous Twitch channel. Ryguyrocky didn’t start posting Minecraft videos until 2012, despite the fact that his main YouTube channel was launched in 2009. He began with the Minecraft: How to Make a Drawbridge guide.

The success of Ryguyrocky’s main Youtube channel has generated a second, dubbed “RyguyGames.” He publishes gameplay videos and rants about games other than Minecraft on the latter. Ryguyrocky is also good buddies with FavreMySabre, another Minecraft player. Furthermore, Ryguyrocky is a gifted and hardworking individual, and his gaming tactics, as well as his gaming commentary and explanations, are well regarded.

The nicest thing about Ryguyrocky’s Minecraft movies is how detailed they are. His movies demonstrate all of the game’s subtleties. This makes it much easier for viewers to learn from the videos and improve their game.

Warfare – A Minecraft Parody of Pompeii By Bastille (Music Video) and Minecraft Jurassic World – Jurassic Park – RUN #9 – Jurassic Craft Roleplay are two of the channel’s most popular Minecraft-related videos. The above-mentioned videos are an entertaining parody and a roleplay video, respectively, with over a million views and hundreds of thousands of likes.

RyguyGames, Ryguyrocky’s second channel, debuted in January of 2014. Let’s plays, role plays, live streams, and gameplay videos for video games other than Minecraft can be found on this channel.

Ryguyrocky’s initial YouTube account was called “haloman11251995.” Ryguyrocky was launched as a separate channel, and he has been consistently posting Minecraft-related content on it since then.

proper life is a video blog. Ryguyrocky’s buddies, such as Zach Letter, better known as AviatorGaming, and Matt Reddin, frequently appear in videos on this channel, doing weird stuff like riding cardboard boxes into Aviator’s pool.

Ryguyrocky made an original video series called Minecraft Life. The narrative revolves around a young man named Ryan who attends a school called L.I.F.E. Ryan subsequently discovers that he is a Code RED, but he is not alone; his best friend Matt is a Code YELLOW who possesses the power of light. However, Ryan’s Power Of Fire became unstable and nearly killed everyone in the academy; as a result, Ryan is now working to keep his powers stable, and Season 3 may or may not be released.

Ryguyrocky’s Minecraft Daycare is about a daycare youngster who uses the portal to go on weird and unexpected adventures. The plot was written by Ryguyrocky and his friend UnicornMann, and it is usually different in each episode. Despite the fact that Matt is the director, Ryguyrocky is the quote leader of the daycare. The series is still going strong today.

Who is  Ryguyrocky’s Girlfriend? Ryguyrocky and Ashtyn Faith are in a love relationship. On the internet, she is known as “Tina the Tiger.” In addition, Ryguyrocky and Ashtyn have been dating since the year 2018. The lovers have also worked together in the past. Ashtyn Faith is a YouTuber from the United States who runs the “Tina The Tiger” channel. For her Minecraft Daycare series, Ashtyn has over 410,000 subscribers.

At the time of writing this biography, this account had 278 posts, 93k followers, and 278 shares. Ryguyrocky has also been active on Facebook since December 30, 2015. On this platform, he currently has 10,000 people following his trip. In terms of his online presence, Ryguyrocky joined Twitter in November 2011 and currently has over 63.5K followers on his @ryguyrocky account. He may also be found on Instagram, where he goes by the handle @ryguyrocky.

Ryguyrocky’s Income And Net Worth

How much is Ryguyrocky’s Income? Moving ahead, Ryguyrocky is estimated to have a net worth of $1.3 million dollars as of November 2020.