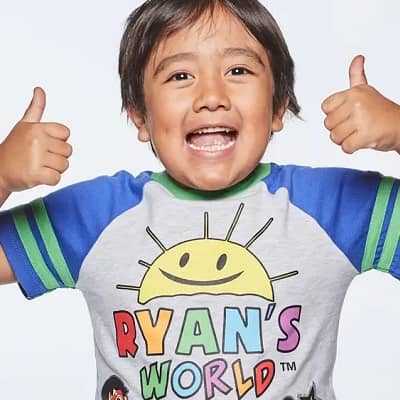 Ryan’s World is a YouTube channel for children ages 2 to 6, featuring Ryan Kaji, his mother, father, and twin sisters (Emma and Kate).

Ryan’s World was born on October 6, 2011, in Texas, USA. He will be 11 years old in 2022, and Kaji is a naturalized American citizen who professes Christianity.

Similarly, his birth sign is Libra, and he currently resides in Cypress, Texas. His twin sisters are Emma and Kate. Ryan was born to Loann Kaji, a Vietnamese mother, and Shion Kaji, a Japanese father.

Shion and Loann Kaji, Ryan’s parents, met as undergraduate students at Texas Tech University. Shion, the son of a semiconductor executive, immigrated to the United States from Japan during his senior year of high school.

Loann’s family escaped Vietnam as refugees, and she grew up in Houston, where she finally became a teacher. Shion left Texas to attend Cornell University for a master’s degree in engineering but returned soon after Ryan’s birth to complete the degree online.

Ryan Kaji began making YouTube videos in March 2015, inspired by other toy review channels and asked his mother, “How come I’m not on YouTube like all the other kids?”

However, before going live on YouTube, the family substituted their real-life surname with the on-screen surname Kaji. Ryan’s Mystery Playdate, a 20-episode preschool television series, was created in 2019 by Ryan ToysReview and PocketWatch.

Furthermore, on November 1, 2019, Outright Games launched Race with Ryan, a racing game starring Kaji and characters from the Ryan’s World brand, for PlayStation 4, Xbox One, Nintendo Switch, and Microsoft Windows.

The channel revealed that Super Spy Ryan, a live-action/animated hybrid series, will debut on Amazon Kids+ on November 27, 2020. Later, Ryan’s World stated that an official game would be released on the gaming platform Roblox on December 4, 2020.

At the 2018 Toy Fair in New York City, Kaji introduced a range of toys named Ryan’s World in cooperation with PocketWatch and Bonkers Toys. The toys were exclusively sold at Walmart on August 6, 2018.

PocketWatch, a children’s media firm formed in 2016 by Chris Williams and Albie Hecht, has secured an agreement with Kaji’s parents. PocketWatch handles the marketing and products for Ryan’s YouTube channels.

Furthermore, Ryan ToysReview joined PocketWatch and WildWorks in 2018 to create Tag with Ryan, an infinite runner game for youngsters, for iOS and Android.

Ryan’s World’s Salary and Net Worth

Ryan Kaji is a well-known YouTuber who has made a good living from his efforts. Kaji is now one of the highest-paid YouTube celebrities in the world. As of October 2022, Ryan Kaji’s net worth is predicted to be $100 million.

On August 28, 2019, Scandal Truth in Advertising and the Federal Trade Commission filed a complaint stating that its sponsored films were not properly disclosed. Images of bad foods are regularly used in these advertisements.

Ryan Kaji is not in a romantic relationship. Kaji, on the other hand, is too young and hasn’t said anything about his affair. Kaji is only 11 years old, therefore anything he does in terms of dating or relationships is premature. On the other hand, was focused on attaining his YouTube career ambition.