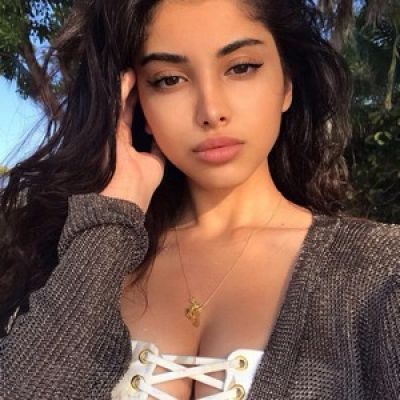 Ruslana Gee is a social media phenomenon who rose to prominence thanks to her beauty and lifestyle videos. The Russian beauty has amassed over a million subscribers on her YouTube and Instagram accounts. Learn more about her rise to fame and her path to success.

Ruslana Gee was born in Azerbaijan on April 8, 1997. Ruslana has always been interested in lifestyle and fashion since she was a child. She rose to prominence as a result of her cosmetic tutorials and techniques, beauty advice, product reviews, and travel vlogs, which she posts on her YouTube channel, Ruslana Gee.

Ruslana now has more than 1.2 million members. Not only that, but her channel has had over 102 million views from her videos. Aside from YouTube, she has a sizable fan base across all of her social media channels. She also has over 752k followers on Instagram alone at the time of writing this post.

She stands at 5 feet & 6 inches tall. Her weight is unknown. Her hair and eye color are black.

Ruslana Gee’s Income And Net Worth

Because Ruslana has over 752k followers on Instagram, advertisers pay a set fee for each post she creates.

Taking into account Ruslana’s most recent 15 posts, the average engagement rate of her followers on each of her posts is 13.36 percent. As a result, the average estimate of the sponsorship fee she asks for is between $2,246.25 and $3,743.75.

So it is with Ruslana Gee, who derives the majority of her revenue and income from YouTube. Her subscription and audience base have grown dramatically over the years.

She currently has over 1.2 million followers on her channel, with an average of 93,973 views each day.

Net Worth: According to socialblade.com, she makes an estimated $8.5K – $135.3K per year from her YouTube channel, based on daily views and subscriber growth.

Thus, after calculating and assessing all of her revenue streams over the years, Ruslana Gee’s net worth is projected to be approximately $400,000-$500,000.

On March 21, 2014, Ruslana Gee launched her YouTube page and posted her debut video, “TAG:ои укалне cсоиаии.” She has since uploaded a variety of cosmetic tutorials and tricks, beauty advice, product reviews, and trip vlogs.

Until now, “ики в макие/ак стоит краситс| Makeup Do’s & Don’ts” has been her most popular video on her channel. As of today, it has received over 6.8 million views.

Her channel is currently increasing on a daily basis, with over 1.2 million people watching her video material. She is very constant in her video posting since she does it 3-4 times each week.