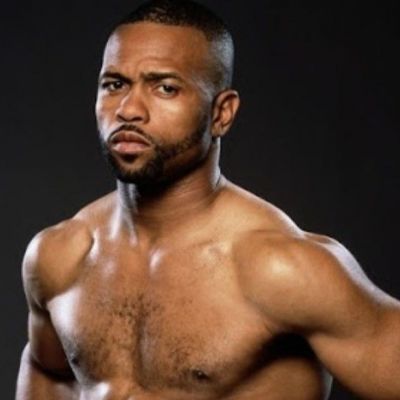 Roy Jones is a former professional boxer in the United States, as well as a boxing trainer, boxing commentator, actor, and rapper.

Roy Jones Jr. was born in Pensacola, Florida to a boxing family. So it was clear that boxing was in his blood. His father, “Roy Jones Sr.,” was a Vietnam War veteran who received a Bronze Star for bravery after rescuing another soldier. He was also a boxer of medium weight. Roy Jones Jr. began performing boxing as a child. When he was a teenager, he was outstanding in the boxing ring. He later decided to pursue a professional boxing career after achieving success in small-level boxing tournaments.

He was the 119-pound weight category winner in 1984. The game took place at the US National Junior Olympics. After two years, he won his first National Golden Gloves award in the 139-pound weight class.

He won the 156-pound weight class in 1987. He was chosen for the United States boxing team at the Summer Olympic Games in Seoul, South Korea, in 1988. Roy was also involved in one of the most contentious and infamous Olympic fights of all time.

Jones won the super-midweight championship in 1996 with a stunning victory. He was also able to advance his boxing weight category from lightweight to heavyweight and win a match. Such versatility in weight classes and WBC victory hasn’t been seen in professional boxing since the nineteenth century.

Joy became the first middleweight champion in 106 years to win the heavyweight title. By unifying the IBF and WBA titles in 1999, he became an unbeatable light-heavyweight boxing champion. Jones was known for having exceptional hand speed, movement, reflexes, and athleticism when he was at his peak.

He held the record for the most wins in combined light heavyweight championship title spells in boxing history until February 2018. Jones received the “Fighter of the Year” award from The Ring magazine in 1994. He was named “Fighter of the Year” by the World Boxing Hall of Fame in 2003. He also won the “Best Boxer ESPY Award” three times, in 1996, 2000, and 2003. The Boxing Writers Association of America named him “the Fighter of the Decade for the 1990s.”

Roy Jones has never made his personal life, which includes his wife and children, public. Katlyn Jones is his wife. The couple is the proud parents of two sons. One of them aspires to be an NBA superstar.

Roy is suspected of having an extramarital affair. In 2014, one of the boxers, Stacey Louise Reile, claimed that she had been Roy Jones Jr.’s mistress. She also claimed that he promised her that he would leave Natlyn and marry her. When he failed to keep his promise, Stacey posted photos of Roy in bed on her Instagram account, as well as nude photos of Roy and text messages he sent her.

Roy Jones’s Salary and Net Worth

Despite beginning his career in the light midweight division, Jones is the only boxer to become a heavyweight champion. Though boxing competitions are a major source of his income, he also works as a rapper, actor, and sports commentator.

In 2001, he released his rap album “Round One.” He also appeared in “The Devil’s Advocate,” “Universal Soldier: A New Dimension,” “Southpaw,” and “Cordially Invited.”

Roy’s most important and highest-earning fight was against John Ruiz in March 2003. He received $10 million and 60% of the fight’s total profits. Jones earned $26 million in gross pay from this fight. In addition, he earned $6.375 million from his fight with Antonio Tarver. He used to earn around $1.5 million for each fight before taking on Tarver.