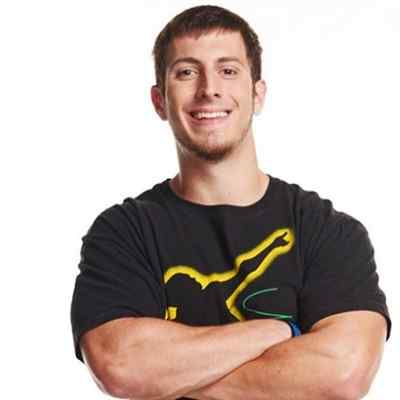 Ross Smith is a renowned social influencer from the United States who has amassed a large following on a variety of platforms thanks to his comedic videos. His TikTok account has also made him famous. He also has accounts on Facebook, Instagram, and Snapchat.

Ross Smith was born on September 2, 1992, in Columbus, Ohio, United States. He is 28 years old and was born under the Virgo zodiac sign. He is a citizen of the United States of America.

Diana Kana is Ross’s mother’s name, and Mike Smith is his father’s name. He also has a grandmother with whom he has a close relationship. Almost every video on his YouTube channel features his grandmother. Ross also mentions her in an Instagram post and on TikTok. Furthermore, his grandfather is no longer alive. Aside from that, there is no information on his other family members, such as his siblings.

Ross Smith’s educational background and qualifications are unknown, as is the name of the school he attended. However, it is known that he attended and played collegiate football at the University of Dayton. There, he was a three-year starter. Ross later signed with a German professional football team.

Ross Smith started using Instagram in early 2012 and Vine in April of 2013. When Vine was taken down, he had more than 250K followers. On Vine, he became pretty well-known. Smith and Patrick Barnes also worked together on Vines. His Vine videos were a lot of fun to watch. The majority of his films went viral, making him well-known on social media.

After Vine was taken down, Ross started a Youtube channel under the name “Ross Smith.” Since its inception on July 10, 2014, the channel has received a total of 299,209,742 views. He uploads the most bizarre films, including wild public pranks with his pals, scaring people in public, and asking college students amusing questions, granny’s outrageous trick shots, Grandma heckling bodybuilders, and more. Furthermore, all of the videos he and his grandmother publish on their YouTube channel are a lot of fun, interesting, and worth viewing.

Ross Smith- University of Dayton Football Highlight Film is the first video on this channel. This video was originally posted on January 22, 2015, and it has had 48K views to date. WOULD YOU RATHER ASK GRANDMA QUESTIONS | Ross Smith and GRANDMA’S FIRST TRIP TO THE PET STORE | Ross Smith are the channel’s second and third videos, respectively. Furthermore, these films have received a significant number of views to date.

Ross Smith is also well-known on TikTok, where he has millions of fans. Under the name “rosssmith,” he has a TikTok account. He has so far received 176.9 million likes on 289 videos he has published. Ross has a sizable TikTok following. Similarly, his TikTok videos are a lot of fun, amusing, and interesting to watch. In addition, people are drawn to their videos mostly because they are amusing. Furthermore, all of his TikTok videos receive a large number of views, likes, and comments. He uploads movies to TikTok with his grandmother in them, which makes them even charming and more appealing.

In addition, Ross has two Instagram accounts. One is his primary social media platform, where he has millions of followers. He and his grandmother are featured in a number of photos on his account. He’s also posted 833 times on his regular Instagram account and 153 times on his secondary account. The photographs he posts are captivating and lovely. Most viewers are drawn to his social media accounts because of his grandma sweetness and magnificence.

Alice Magoto and Ross Smith are in a relationship. He has also included her in his Youtube, TikTok, and Instagram videos. On their separate social media sites, the couple shares a lot of photos with each other. They’ve been dating for quite some time and are still quite happy together. Furthermore, no information about his previous relationships, including his ex-lover, is available at this time. Ross and Chelcie, on the other hand, are deeply in love and content with each other.

Ross Smith is 6 feet 1 inch tall and weighs 75 kilograms. However, his other body dimensions, such as chest, waist, hip, and any other sizes, are currently unavailable. And all of those figures are still being scrutinized. He also has brown eyes and light brown hair.

Ross maintains a high level of activity across all of his social media sites. He has 1.42 million Youtube subscribers and 13.2 million TikTok followers. Similarly, he has 2.7 million followers on his primary Instagram account and 101 thousand on another. Ross has 41.8K Twitter followers and 5.6 million Facebook followers.

In terms of earnings and income, he has a net worth of $1.9 million dollars. Youtube is his primary source of revenue. Similarly, he has uploaded 104 videos with a total of more than 182.7 million views.