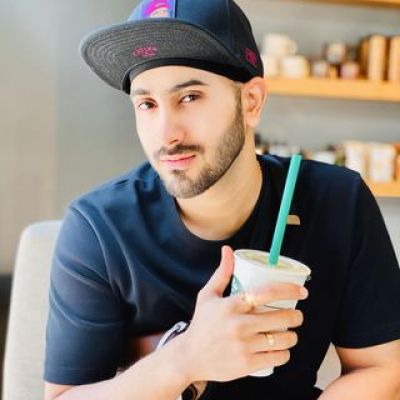 Rohanpreet Singh is a singer, model, TV personality, and film actor from India. In the year 2007, Rohanprett Singh appeared in the “Sa Re Ga Ma Pa L’il Champs.” He is also well-known as the husband of Neha Kakkar, a well-known Indian singer.

Who is Rohanpreet Singh? Rohanpreet Singh was born in Patiala, Punjab, India, on December 1, 1994. He is 26 years old and born under the Capricorn astrological sign. He is an Indian national who practices Sikhism as his faith.

Gurinder Pal Singh is his father’s name, and Daljeet Kaur is his mother’s name. Amanpreet Kaur and Rashminder Kaur are his sisters’ names. His dad, too, is a sportsperson. He works for the Punjab State Electricity Board as well. However, we have no details about his other family member’s profession. Additionally, details about his other relatives, such as cousins and others, are unavailable.

What is Rohanpreet Singh’s Height? Rohanpreet Singh stands 5 feet 10 inches tall and weighs 70 kilograms. His other body dimensions are 40-30-14 inches for chest, waist, and biceps, respectively. Rohanpreet also has black hair and dark brown skin. He wears page, which is a form of cloth that covers his hair because he comes from a Punjabi family. It is their faith and culture.

Rohanpreet Singh is a professional singer. In 2007, he made his television debut with the show Sa Re Ga Ma Pa L’il Champs. When Rohanpreet was only three years old, he wanted to try a career in music. He started training at the age of three. Similarly, he got his education under Professor Gurmukh Singh Sehgal’s tutelage. Hindustani Classical Music was another genre in which Rohan was educated.

He not only competed in the show Sa Re Ga Ma Pa L’il Champs but also came in second place. Aside from that, he played in a number of concerts in countries such as Malaysia, Thailand, London, and India. In the year 2018, Rohanpreet also appeared in the show “Rising Star,” which aired on Channel Colors. He finished as the 1st runner-up in this show, losing the title to Hemant Brijwasi.

This, however, did not shake his self-assurance. He also released a number of music albums shortly after the show ended. In the year 2018, he released the song “Taqleef.” The following year, Rohanpreet released a new song called “Pehli Mulakat.” Similarly, “Ainkan Kaliyan” and “Hello Hi,” both released in 2019, were the titles of his other two albums.

Furthermore, in the year 2020, Rohanpreet Singh took part in the show “Mujhse Shaadi Karoge,” which was about marriage. In addition, he made his acting debut in 2017 with the film “Gang Bang.”

Rohanpreet Singh’s Income And Net Worth

How much is Rohanpreet Singh’s Income? Regarding his earnings and profits, Rohanpreet has an estimated net worth of $1 million, according to Nimbuzz, and his primary source of income is his singing career.