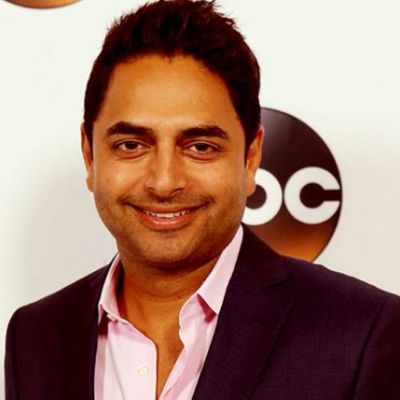 Rohan Oza started his career at M&M’s as the manufacturing manager at 20 and later became the youngest manager to run the Snickers brand.

Oza was born in Zambia to Indian parents and raised in the United Kingdom. His father, Ashok Oza, grandfather, and great-grandfather were all successful business owners. Shefali is his sister’s name.

Oza studied at Harrow School and Nottingham University in the United Kingdom. He relocated to the United States and earned an MBA in Michigan.

He began his career at The Coca-Cola Company, where he used innovative ideas to refresh the Powerade and Sprite brands. Carl Sweat, a former Coke executive, and current Hooters executive was his mentor.

After leaving Coca-Cola in 2002, he joined forces with Vitamin Water to launch Glacéau. He also collaborated with celebrities such as Jennifer Aniston, Tom Brady, 50 Cent, and LeBron James to grow the business over the years.

Glacéau was acquired by Coca-Cola for $4.2 billion in 2007, and Oza was appointed Chief Marketing Officer.

Rohan partnered with Justin Timberlake to purchase Bai Brands, which he later sold to Dr. Pepper Snapple Group for $1.7 billion.

He is very passionate about the Children Matter NGO, collaborating with The Starkey Hearing Foundation and Matter Organization to provide hearing implants and food to children in Africa. He went on to work as a venture capitalist.

Rohan was born and raised in a Buddhist-Indian family but held American citizenship. He married Gyar Oza, with whom he had been involved for a long time. They reside in New York.

Rohan has been featured in the Summit Series, New York Times, Hollywood Reporter, Telegraph, Forbes, Fortune, and numerous other publications. He has been named one of Crain’s “40 under 40,” Ad Age’s “Marketing 50,” and Brandweek’s Top Ten Marketers. He was also seen in Shark Tank seasons 9 and 10.

Rohan Oza’s Salary and Net Worth

Rohan Oza is an American businessman with a net worth of $220 million as of June 2022. He is paid more than $20 million per year. Given his business success, it’s hard to be surprised by his enormous wealth.

Rohan has grown from being the youngest entrepreneur to a very successful businessman, with over 300,000 Twitter followers.