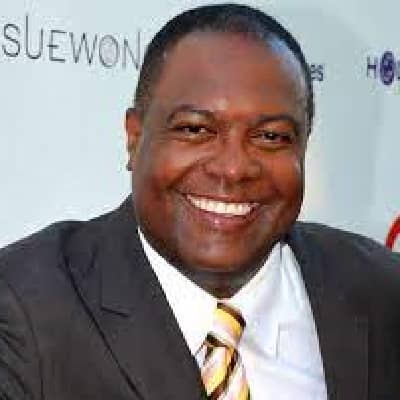 Rodney Peete was born on March 16, 1966, in Mesa, Arizona, USA. He is currently 56 years old. Willie Peete and Edna Peete were his parents. Willie Peete’s father, Willie Peete, was a football coach and assistant at the University of Arizona. He has an elder brother called Skip Peete as well.

Peete attended Sahuaro High School. He played basketball, baseball, and football in high school since he was so talented at athletics since he was a youngster.

He guided his basketball and baseball teams to state titles. He was also named Arizona High School Athlete of the Year and Academic All-American for his outstanding efforts. Peete was picked by the Toronto Blue Jays in the 30th round of the 1984 Major League Baseball draft, but he chose to finish his undergraduate education first. In 2012, he was inducted into the Arizona Sports Hall of Fame.

He attended the University of Southern California after receiving a football scholarship there. He was a four-year college football player. Throughout his career, he received the 1988 Johnny Unitas Award, Pac-10 Player of the Year in 1988, and First Team All American honors. Rodney also won the Pop Warner Trophy in 1988 and finished second in the Heisman Trophy voting.

Rodney was selected 141st overall by the Detroit Lions in the sixth round of the 1989 NFL Draft. He was hurt in the last preseason game against the Los Angeles Rams and was unable to play in the season opener. He has 8 starts, 1,479 yards, and 5 throwing touchdowns in his debut season. Rodney spent five seasons with the Lions. On May 3, 1994, he signed as a free agent with the Dallas Cowboys.

Peete only played for the Cowboys for one season. Rodney went on to play with the Philadelphia Eagles for four seasons. On April 28, 1999, he was dealt to the Washington Redskins in exchange for a sixth-round selection in 2000. Peete only played for the Redskins for one season. On July 13, 2000, Rodney signed with the Oakland Raiders. Peete was a member of the team for two seasons.

Peete was signed by the Carolina Panthers on March 28, 2002. Rodney was a Panthers player until 2004. He finished his career with 1,344 completions out of 2,346 attempts for 16,338 yards, 76 touchdowns, 92 interceptions, and a passer rating of 73.3. He also had the most NFL career passing yards among USC quarterbacks, a mark that Carson Palmer subsequently broke.

Rodney is a husband and a father. In 2015, he married Holly Robinson Peete. For the past 27 years, the pair has been blissfully married. Rodney Peete Jr, Robinson James Peete, and Roman Peete are the couple’s three boys, and Ryan Elizabeth Peete is their daughter.

Rodney and his wife Holly met through a mutual friend in 1993. Holly didn’t want to be with Rodney at first since he was constantly surrounded by women, which wasn’t her scene. Rodney, on the other hand, was already head over heels in love with Holly.

They met for the second time at a home party. That day, Holly left the party a little early, and Rodney appeared at her door shortly after, saying, “The party was over when you left.” After hearing that phrase, Holly consented to date, Rodney. Holly and Rodney have been married since then, and there have been no rumors of a divorce or split.

Philanthropy Rodney and his wife established the Holly Rod Foundation, a non-profit organization. Peete and his wife are committed to giving back to their community. The charity was established when Holly and Rodney’s eldest son, RJ, was diagnosed with autism.

As a consequence of their son’s illness, Rodney and Holly were motivated to raise awareness and help people impacted by the disease. The primary purpose of the company is to give compassionate care to persons with autism and Parkinson’s disease.

Rodney Peete’s Salary and Net Worth

Rodney’s fortune was primarily derived from his professional football career and hosting. He spent 16 seasons in the NFL. Peete has a net worth of $5.5 million.

Rodney spends a lot of time on social media. He has 23.5 thousand followers on his Instagram account, rodneypeete9. His Twitter handle is @RodneyPeete9, and he has 23.9k followers. He frequently updates about his family, friends, travels, and job.